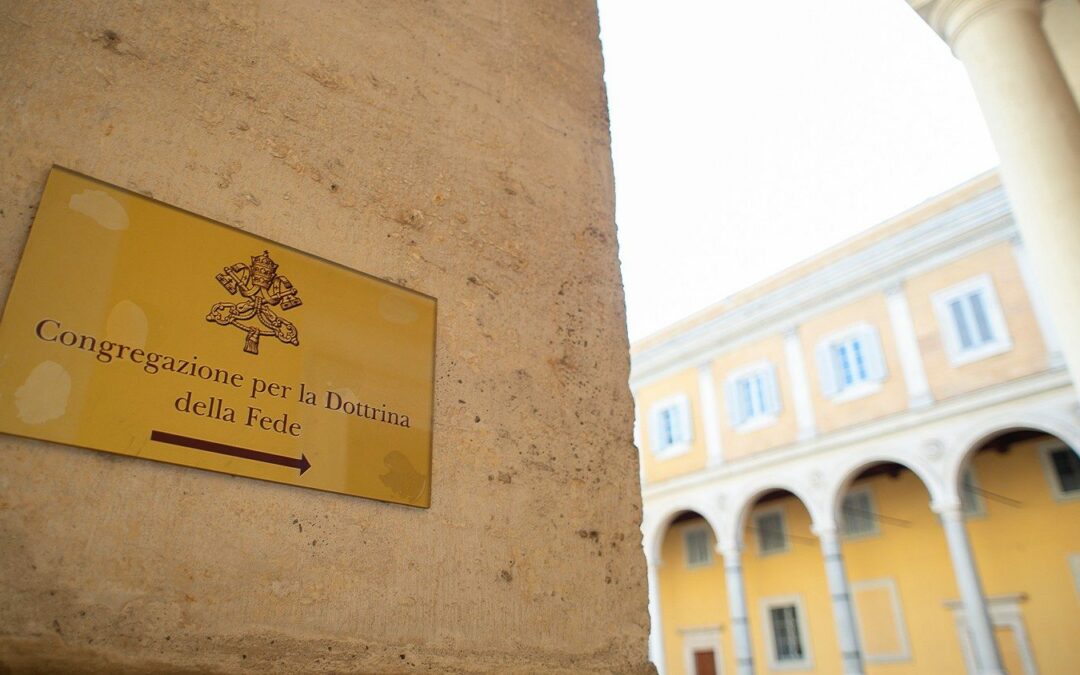 LGBTIQ Catholic Groups Worldwide Remind the Vatican and its CDF Responsum that “What God Has Made Clean, You Are Not to Call Profane”

The Global Network of Rainbow Catholics responds to the Congregation for the Doctrine of the Faith and its “Responsum to a dubium regarding the blessing of the unions of persons of the same sex.”

16 March 2021. The Global Network of Rainbow Catholics (GNRC), a network of more than forty organizations supporting LGBTIQ Catholics around the world, declares: “The CDF Responsum is indeed a reactionary cry in response to the fresh air that is filling the Church from those parishes and lay communities around the world where blessings for same-gender couples are already a factual reality. The Vatican document released today, called ‘Responsum of the Congregation for the Doctrine of the Faith to a dubium regarding the blessing of the unions of persons of the same sex,’ uses dubious theological arguments to reject the claims of a living Church that wants to reform outdated Catholic teachings on sexuality.”

Michael Brinkschroeder, a Catholic theologian and member of the German GNRC member groups Homosexuelle und Kirche and QueerGottesdienst Munich, affirms: “Many German bishops have expressed their support of blessing ceremonies in the past and it is a relevant issue of the conversation of the Synodal Path. The Chair of the German Bishops’ Conference has received the Responsum as a contribution to the ongoing conversation, but also said that it requires major and deeper theological arguments.”

The spontaneous discussions that have arisen in Germany and elsewhere about blessing ceremonies are for him a sign that the people of God are more empowered than in the past and are asking for real theological argumentation that is not based on old prejudices and biased authorities. “We can´t consider an argument about sexual and gender diversity that comes from the Catholic Catechism as theologically justified simply because it´s described there, especially since there are many studies that have already demonstrated its lack of biblical and scholarly support,” says Brinkschroeder.

GNRC´s Theological Commission member and theologian Mary E. Hunt clarifies that “blessings for same-sex relationships are happening in many Catholic communities with fruitful benefits. So, too, are same-sex marriages being celebrated in some Catholic communities to the mutual enhancement of those who marry and those who witness and support them.” She offers this clarification because the Responsum misses the fact that this pastoral reality is already well in place. Hunt continues: “Plans and proposals for such blessings have long since turned into increasingly common pastoral practice, which is gradually becoming more public. We endorse and support these efforts.”

Christopher Vella, Co-Chair of GNRC and a Catholic in a same-sex marriage, added: “It is sad to get this kind of Responsum from the Vatican. To us, it sounds like the Church wants to keep its head in the sand and remain completely oblivious about the ‘new wine’ of same-sex relationships and their sacramentality with terms such as ‘sin’ and ‘against God’s plan’.” He notes the negative emotional impact that the Vatican statement will have not only on LGBTIQ Catholics but on the entire Catholic community in a time of crisis, when a call for welcome and not rejection should prevail. “Why does the Church keep using such outdated concepts and terminology as ‘homosexual inclinations’? Why is it still in denial about the reality of LGBTIQ people and their place in the diverse order of God’s nature?”, asks Vella.

GNRC hopes and prays that the Church will reach its “Damascus Moment,” like St. Paul, and open its eyes to the great harm that such statements cause. May it, like St. Peter, understand that “What God has made clean, you are not to call profane” (Acts 10:15).