#CHIESAASCOLTACI : “Together let’s find a place where we meet and get to know each other” 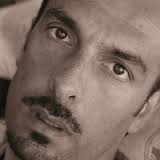 Cammini di Speranza’s Communication/Advocacy campaign for the year of Jubilee of Mercy.

On the eve of the Family Day*, Cammini di Speranza, the first National Italian Association of LGBTI Christian, took its first steps towards launching #chiesaascoltaci (“Church, listen to us”), a campaign of real life stories, directed at a Church home for everyone, and which could be able to ensure harmony, dignity and equality within the Catholic Church itself and society.

#chiesaascoltaci is a storytelling campaign that each week of the year of the Jubilee of Mercy presents a story or a cause launched by not only LGBTI Catholics, but also by their parents, relatives and friends. It is addressed to the whole church, because it aims to finally make it a house of inclusion and acceptance for everyone. 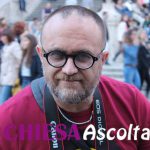 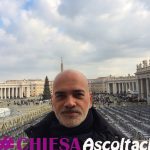 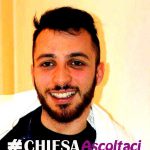 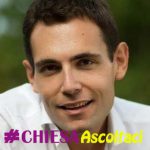 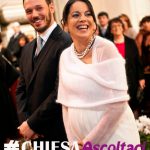 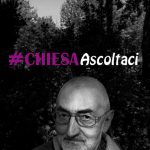 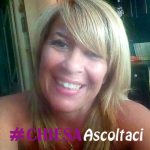 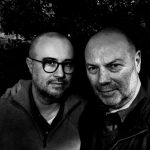 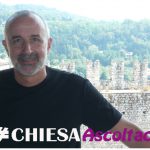 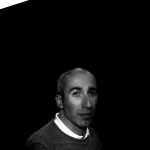 The central idea of the campaign is to rediscover the public squares, not just the real ones but also the virtual ones, offered by social networks, as places to meet. This at a time when it seems that the logic of barricades and ideological opposition is the only way for people to behave or respond.

In the year of Jubilee of Mercy, it seems clearly possible that in the light of this Mercy every person, every story, every emotion should find a space with equal dignity, equal respect and without prejudice.

Pope Francis invites us to build bridges and we are here to pick up this call. We want pastors to aknowledge our “smell of sheep” on their clothes, a smell that has been carefully avoided for so many years.

Each chapter of the campaign includes a photo portrait by Simone Cerio, a well-known Italian photographer who offered his art to give a visual to the written story/campaign/cause.

Julia writes to the Pope in the first chapter of the campaign: “Pope Francis, God does not make mistakes, but for many Catholic people those who live homosexual lives, they are as an objective error. Yet, if I were not a lesbian, my faith would be dull because it is my homosexuality that led me to make a spiritual quest and to try to live in Christ. If I were not a lesbian I would not have known the fear of being judged and then I would not have learned respect for what we do not know. If I were not a lesbian I would not know love because it is the Lord who sent me the person I love. Pope Francis, in my opinion God does not make mistakes: He made me a “different” person because he knew that for me it would have been the path to happiness. And He also knew that diversity is wealth for the whole Catholic Church, the “universal” church for all”.

The campaign will be active until the end of the Jubilee of Mercy, on Twitter and Facebook through Cammini di Speranza’s social networks accounts.

* Family Day, an event organized by some fundamentalist Catholic and right wing associations, that took place on January 30th 2016 at Circo Massimo in Rome to protest against the Civil Union Bill that was being discussed at the Italian Parliament at the time and has now finally become law.

For information and contacts about Cammini di Speranza:

Cammini di Speranza is an association of Christian people, from various backgrounds, paths, age, sexual orientation and gender identity all engaged in welcoming anyone interested to study issues regarding faith and homosexuality to promote respect, dignity and equality of LGBTI people within the churches and society.

Simone Cerio was born in Pescara in 1983. He has specialized in photojournalism and multimedia story telling. After writing many reports in several countries, in 2014, he completed an assignment in Afghanistan, in cooperation with Emergency ONG, which was exhibited all around Italy to illustrate the history of the first Italian graduate student to finish his studies in a war territory. Winner of the Perugia Social Photo Fest 2014 and of the Ong category of Fotografia Etica of Lodi Festival. Simone also contributes to important national and international magazines such as Vanity Fair, Il Corriere della Sera, Donna Moderna, Gioia, Alibi, Rogue, His Life China, Russia Behind the Headlines, Shutr, Internazionale,D La Repubblica, Panorama. For more information visit www.simonecerio.com