Homosexuality is not a crime! 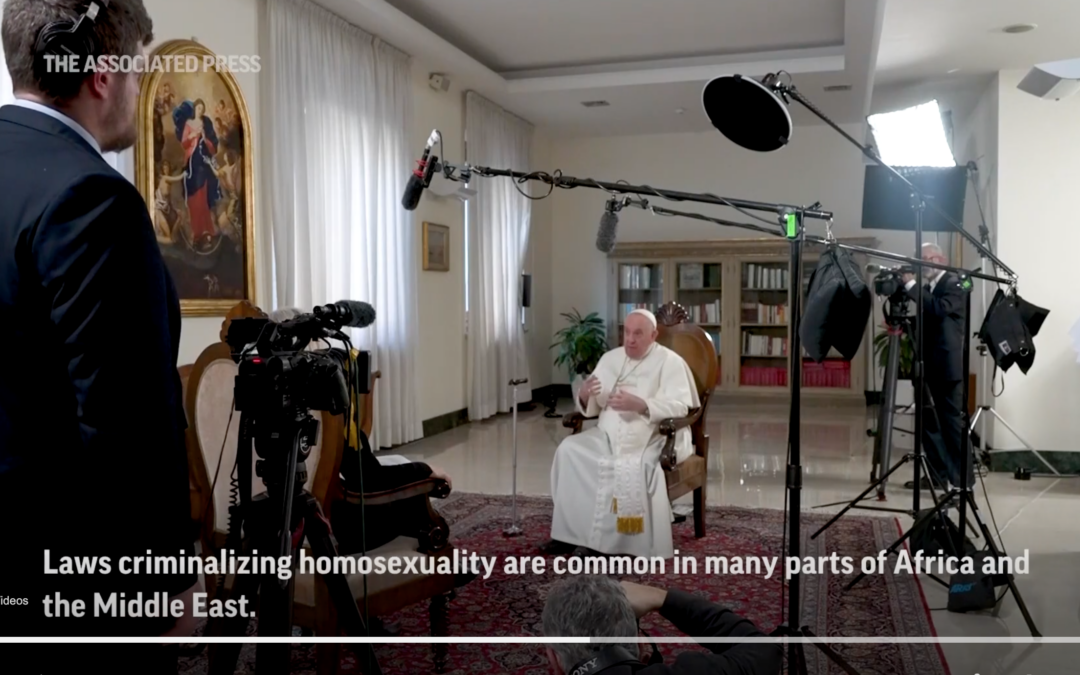 Pope says “homosexuality is not a crime” Pope Francis has made a long awaited and much praised statement on homosexuality during an interview with the Associated Press by declaring “homosexuality is not a crime”.  Link

The Global Network of Rainbow Catholics (GNRC), which represents groups working for pastoral care and justice for LGBTIQ+ people around the world, is delighted by Pope Francis’ statement that “homosexuality is not a crime” and his calling laws that criminalize being gay “unjust.” These statements were made in an interview with the Associated Press.

“The Pope’s statement is a very important development for LGBTIQ people and their families around the world,” said Christopher Vella of Malta, co-chair of GNRC. “Ending Vatican support for laws that make it illegal to be gay will make LGBTIQ people much safer. Ending criminalization of identity, and the violence towards our community often seen as justified by such laws, has been a priority of GNRC since we began our work. We are very happy that Pope Francis is now ending Vatican promotion of such laws.”

“GNRC calls on bishops around the world to follow Pope Francis’ lead in recognizing that LGBTIQ people should have the same human rights, dignity, and freedom from fear as everyone else,” said Marianne Duddy-Burke of the United States, GNRC’s other co-chair. “We know that what Catholic officials say is important to law makers in many countries. Withdrawing Catholic support for these unjust laws will greatly improve conditions for countless people across the globe.” In 2020, GNRC released a report entitled “Lay Catholic LGB Discrimination in the 20th Century” that documented how the teachings and statements of Catholic officials led to various forms of discrimination experienced by Queer people in many areas of the world. The report’s leading recommendation was that the church end its support for homophobic laws, policies, and practices. GNRC applauds Pope Francis’ recent statement as an important first step in this direction.

Other GNRC PR´s referred to Pope Francis and LGBTIQ issues: