GNRC declares: The exaggerated rhetoric of Pope Francis against “gender” exposes the contradictions in his pastoral care for LGBTI people 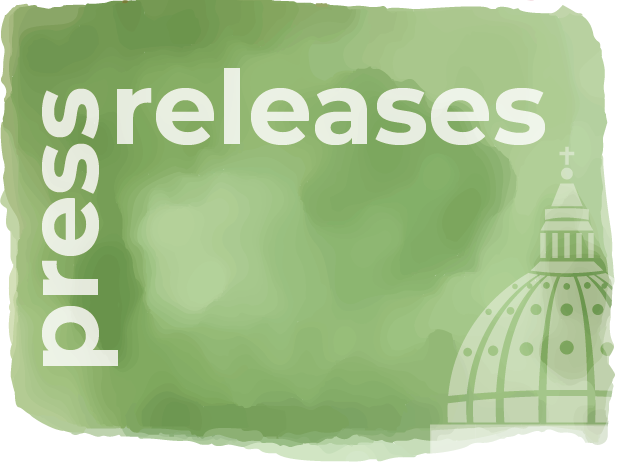 The Global Network of Rainbow Catholics (GNRC) appreciates that Pope Francis has made major acknowledgements of LGBTI persons and their families during his last official trip to Georgia, and later in the press conference on his way back to Rome.

The Global Network of Rainbow Catholics (GNRC) appreciates that Pope Francis has made major acknowledgements of LGBTI persons and their families during his last official trip to Georgia, and later in the press conference on his way back to Rome. His words contain very important messages about the way Pope Francis envisions pastoral care for LGBT people as an accompaniment on the way to Jesus which needs a huge sense of proper discernment.

His intention of reviewing the particular conditions and life experiences, of LGBTI persons, case by case and in their particular expression recognizing that life is life, gives an important testimony. “The Pope claims that the pastoral care for LGBTI is always his number one priority. He offers a pretty good example of it with the story of the Spanish transgender man, which demonstrates his empathy and respect for LGBTI Catholics”, says Ruby Almeida, Co-Chair of the GNRC and Chair of Quest in the United Kingdom.

While the emphasis that Pope Francis puts on pastoral care for LGBTI persons is clearly a step forward in the Catholic Church, it also has a shadow side. This gets visible when he uses the expression “gender ideology” as he has recently done in Krakow during the World Youth Day and now again during his travels to the Caucasus. This highly confusing terminology is currently used by the Catholic hierarchy all over the world to push back the efforts towards acceptance and moral equality of LGBTI persons. “The different statements during his journey to Georgia and Azerbaijan have fully exposed the contradictions within Pope Francis’ strategy for dealing with the issue of LGBTI people”, declares Dr. Michael Brinkschroeder, Co-Chair of the GNRC and project manager of Homosexuelle und Kirche in Germany. “If the pastoral discernment is not based on the acceptance of the LGBTI person and on the recognition of her moral equality, but is combined with an exaggerated warning for gender theories, it creates double-bind messages. Double-bind messages are confusing and produce psychic harm. If Pope Francis really wants to be a good pastor for LGBTI persons, he needs to make up his mind about which message he wants to send.”

We need to  see an urgent change to move away from terminology of the ‘Homosexual Tendency’ or ‘Homosexual Condition’, still referred to during the press conference, to the more real and proper one of ‘Sexual Orientation’. “ Pope Francis has softened his words when talking about sexual orientation and gender identity diversity. Nevertheless, in what he says, the Pope does reveals a level of  prejudice and a level of misunderstanding of the life experiences of LGBTI persons. GNRC would be most happy to start a dialogue with the Pope to enable  him to get a more holistic understanding of our community’s spiritual and pastoral needs,” says Ruby Almeida.