GNRC Press Release N°12: Global group of LGBTI Catholics declares: “We rejoice at Pope Francis’ action in helping a group of transgender women, because the Gospel is about examples of love beyond words” 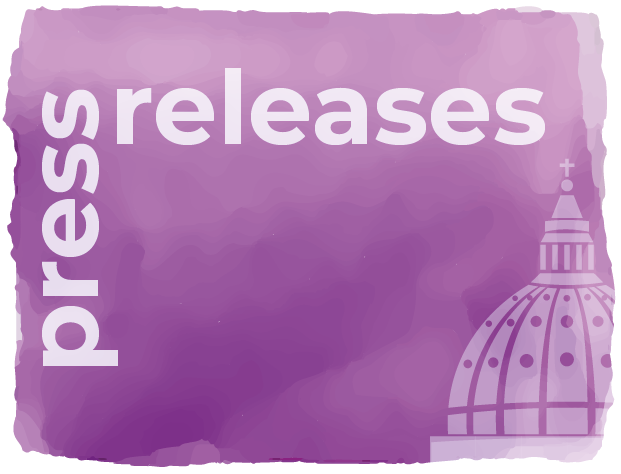 May 1, 2020. Pope Francis surprised the world yesterday with a wonderful example of humanity and mercy by supporting economically a local group of needy women during the lockdown in Italy. The Pope’s action was particularly welcomed by an international network of LGBTI Catholics from more than thirty countries, the Global Network of Rainbow Catholics (GNRC).  For GNRC, this example of love your neighbor is particularly relevant due to three significant facts: the group aided by the Pope was composed mostly of immigrants, sex workers and transgender women. According to media reports, Pope Francis was completely aware of this when he took the decision to send his personal almsgiver, Cardinal Konrad Krajewski, the official responsible for dispensing the Pope’s charitable contributions, to support the local Catholic parish in Torvaianica, Italy, where the group of women had taken refuge.

Pope Francis has been criticized in the past for some of his statements about LGBTI people, but he has always maintained a clear stance about being supportive to those who aid the transgender community.  With his recent action, he continues his Amoris Laetitia position of learning from sharing the lived experience of your neighbor. “We rejoice at Pope Francis’ action in helping a group of transgender women, because the Gospel is about examples of love beyond words”, said Christopher Vella of Malta, Co-chair of GNRC.

It is heartening to the GNRC that the parish and Vatican responded to the transgender women’s need for support. As the Gospel states, “Whatever you do for the least of these brothers and sisters of mine, so you do unto me.” (Matthew 25:40). “We have some fantastic examples of how our GNRC members have jumped into action during the rise of the pandemic,” said Ruby Almeida of London, Co-chair of GNRC. “I mention just two from the more than forty organizations in our membership – Rainbow Catholics (Philippines) and GAP Sao Paulo (Brazil) – who are collecting and distributing food for those who are not being served by the social service system in their hometowns.”

As the GNRC leaders noted, the plight of those assisted by the Pope is shared by LGBTI people around the world, who are often shut out of traditional economic systems. In many countries, this economic isolation is intensified due to sexual orientation, gender identity, or legal and immigration status, as is the case with the transgender community in Torvaianica. “Many LGBTI people around the world live hand to mouth, and pandemic restrictions are limiting their ability to support themselves even further. This is a matter of survival,” affirms Christopher Vella. GNRC member groups such as FARUG (Uganda) and Holy Trinity LGBTI Ministry (South Africa) help to raise awareness of this reality by portraying it on social media, as well as promoting fundraising and campaigning.

Ruby Almeida concluded, “LGBTI people need justice every day as well as help when critical needs arise. Let Pope Francis’ most welcome and charitable action bring about a moment of consciousness and conversion for Catholics and all people around the world.”