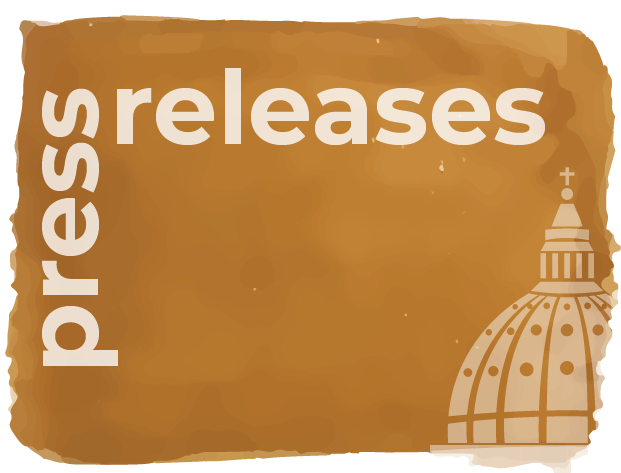 The Global Network of Rainbow Catholics endorses Pope Francis and his comments related to give support to same-gender unions.

21 October 2020. The Global Network of Rainbow Catholics (GNRC), representing more than forty organizations from five continents, welcomed news reports about Pope Francis’ recent comments in support of same-gender unions in a documentary film that has not yet been released.

Co-chair Chris Vella of Malta stated: “It is a positive step in the right direction that Pope Francis has made comments that support the legalisation of civil unions for same sex couples.  It is, to some extent, ground-breaking, considering that the Church still considers homosexuality to be an ‘intrinsic disorder’ and has ruled out so far, any form of recognition of same-sex relationships.  One still needs to see how the Church’s institutional arm will respond to the Pope’s leadership on this issue.”

Co-chair Ruby Almeida of London said: “The many negative and destructive condemnatory statements recently made by several US and Polish Bishops about the LGBTIQ communities have left our communities hurt and violated. So, this is good news indeed.  We also know that Pope Francis has made several positive and affirming statements about the LGBTIQ community over the years. This aligns very well with some German bishops who have also been supportive, and in fact have been leading the way by offering blessings for same-gender unions. In many ways, this seems like Christmas has arrived early for our communities.”

However, Vella, who is himself in a same-sex civil marriage, advises caution as well: “Within all this euphoria we need to be cautiously optimistic with this news.  The documentary ‘Francesco’ has yet to be released worldwide and so we do not know exactly what the Pope said and in what context his words were said.”

Vella continued: “As a married man in a same-sex civil marriage since 2018, I look with hope towards a future where the Church not only recognises civil unions for same-sex couples, but also celebrates their relationships as sacred and sacramental signs of God’s manifest love and presence in the world. The Church should celebrate our fidelity, commitment, perseverance, and fruitfulness as much as it celebrates these qualities for heterosexual unions. If only the Church were to appreciate the treasure it holds in clay jars!”

“In the meantime,” Almeida stated, “our communities around the world are yearning for glimmers of hope and affirmation from the Church as they negotiate the daily diet of persecution and violence meted out to them whilst they contend with the ravages of COVID19.”

“What also makes this news amazing,” Almeida continued, “is that the Pope reportedly says that ‘Homosexuals have a right to be a part of the family.’ This is ground-breaking coming from the leader of the Catholic Church!”  The Pope then reportedly goes on to say, ‘They’re children of God and have a right to a family. Nobody should be thrown out or be made miserable because of it.’ We hope that by ‘family’, the Holy Father is not only referring to the families of origin of LGBTIQ persons, but also their own chosen families as they engage in loving and nurturing relationships together as spouses and parents.

Almeida concluded: “We pray that the essence of what Pope Francis is quoted as saying is true and that there is a sense of a sea change within the Catholic Church towards our LGBTIQ communities around the world.  Her faithful LGBTIQ members, whose families want to feel a part of the Catholic family, yearn for acceptance and affirmation.”