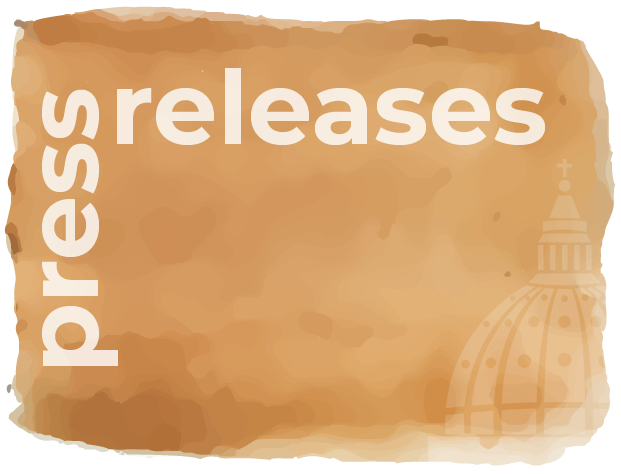 GNRC declares: “The Church is evolving in our affirmation and inclusion as LGBTI individuals but our families do exist and should be included in their recognition and dignity”

June 19, 2018. We are currently celebrating Pride month and we – as GNRC – note the significant mentions about LGBTI issues in the Church that have recently been released worldwide.  Even if not all of them can be perceived as positive, at least portrays that LGBTIs are part of the Church agenda from Vatican reunions to Laity gatherings.

Last May, we celebrated the the positive message and outcomes of a meeting between Pope Francis and Juan Carlos Cruz – a Chilean gay Catholic – after a private reunion related to investigations on cases of sexual abuse in Chile. The amazing words that Juan Carlos reproduced – indicating that Pope Francis told him “God made you like that” – are a strong approach of empathy and understanding that sexual orientation is inherent to our human nature.

And yet this amazing and relevant fact is challenged with the recent statement from Pope Francis himself “The human family in the image of God, man and woman, is the only one”– during a meeting with a Family Association on June 16th in Rome. “Despite these contradictory statements from Pope Francis, we as LGBTI Catholics see this as our challenge to continue to have a dialogue with the Church about the lived lives of our LGBTI families around the world.  We strive especially to give visibility to LGBTI Catholic couples that live faithful lives in loving relationships based on fidelity, integrity and respect.” claims Ruby Almeida, co-chair of the GNRC.

On this path, the recent official invitation of Father James Martin sj – writer of Building Bridges – to the World Meeting of Families  suggests that both the hierarchy and the laity are opening their hearts and ears to discuss the role of an LGBTI person in a family, and in particular, in a Catholic one. Chris Vella, co-chair of the GNRC, comments, “The Church is evolving in our affirmation and inclusion as LGBTI individuals but our families do exist and should be included in their recognition and dignity, not restricted to those with an LGBTI child but also where a father, mother or both parents are part of the LGBTI Catholic community.”

And finally a momentous pieces of history was made in the Instrumentum Laboris for the next Synod of Bishops on June 19th. The acronym LGBT was used for the first time ever in an official Vatican document. It referred to “some LGBT youth, through various contributions made to the Secretary of the Synod, wish to ‘benefit from greater closeness’ and experience greater care from the Church.”  (pg.197) “Even this fleeting mention of LGBT is an indication of a massive change in language and approach. It is a sign of the acknowledgement of the call from the faithful lay youth for honest recognition of them and for their pastoral care. This is a good start.”, concludes Ruby Almeida.

The Global Network of Rainbow Catholics (GNRC) brings together organizations and individuals who work for pastoral care and justice for lesbian, gay, bisexual, transgender, intersex and queer (LGBTIQ) people and their families. The Network works for affirmation, inclusion, dignity and equality of this community in the Roman Catholic Church and society. The GNRC was founded in October 2015 at the Rome conference, “Ways of Love”, with 70 participants from 30 countries. To date, the GNRC represents 25 groups of LGBTIQ Catholics, their families and friends from all continents.