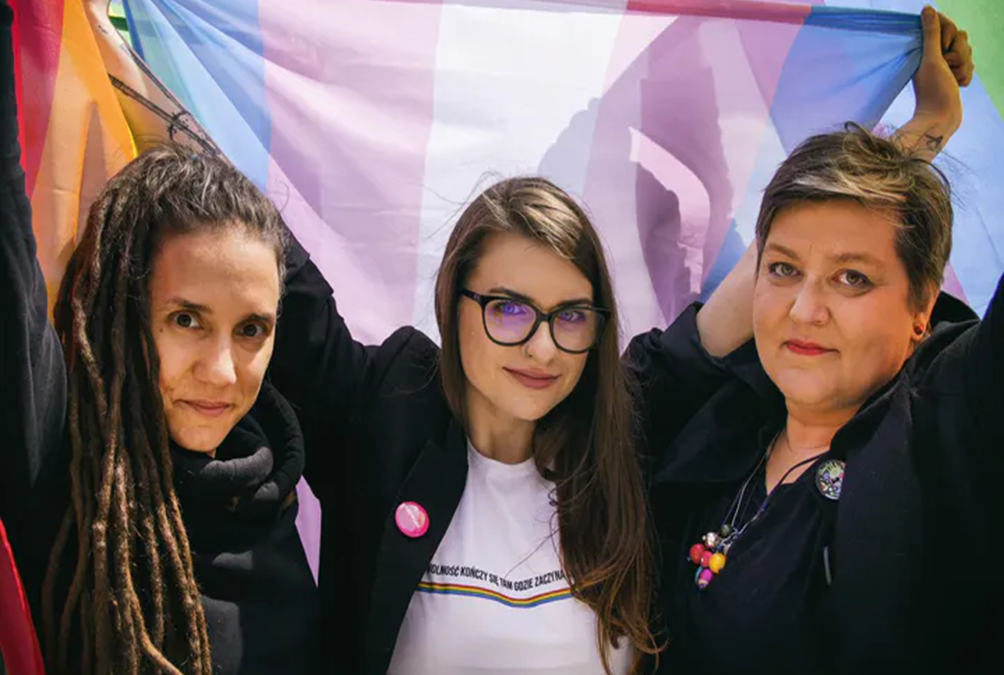 Many prominent Dutch Roman Catholics have expressed their concerns about the three persecuted Polish women Elzbieta, Anna and Joanna in a letter. They were charged in July 2020 with distributing posters depicting the Virgin Mary with a rainbow-colored halo, the international LGBTI rights symbol.

Note: This article was translated from its original Ducth version on the amnesty international website. All the content and corpyright info belongs to Amnesty International. Amnesty internarional strugles and advocates for human and LGBTI rights worldwide.

A Polish court acquitted the three women on March 2, 2021 of “insulting religious feelings”. But the prosecutor appealed the acquittal. The three are due to appear in court again on November 10. They can be jailed for up to 2 years for not committing any crime.

The letter is an initiative of the Catholic Henrike van Riel and is supported by, among others, Abbot Denis Hendrickx (Abbey of Berne) and Abbot Bernardus Peeters (Abbey O.L. Vrouw van Koningshoeven and chairman of the Conference of Dutch Religious). The prominent religious figures write: “The charges against the three women are incomprehensible to us and downright shocking. We know of no more powerful symbol of compassion and protection than Mary. She stands for unconditional love: all people in need, old or young, male or female, rich or poor, LGBTI or not, can turn to her to find comfort and support. It is not for nothing that she also bears the special name “Maria Toevlucht”.’

“We also believe that the three women with the Madonna with a rainbow halo have shown in a very powerful and beautiful way that the Catholic Church should treat LGBTI people with love and respect. What’s more: that it is precisely the task of the Catholic Church to also protect and support LGBTI rights and people where they are discriminated against and marginalized, and to offer them refuge.’

Acting in the Spirit of the Pope

They also write that in their opinion Elzbieta, Anna and Joanna acted in the spirit of the words of Pope Francis in distributing the poster: “out of compassion and tenderness”.

Read the full translation of the support letter to the threee LGBTI rights advocates in English and Polish here.

Read more about Amnesty’s campaign for the three Polish women (in Dutch).

Read GNRC Open Letter and article related to the situation of LGBTI rights in Poland, visit GNRC members Wiara i Tecza Website from Poland and Werkverband van katholieke homo-pastores – author of the letter – from Netherlands.