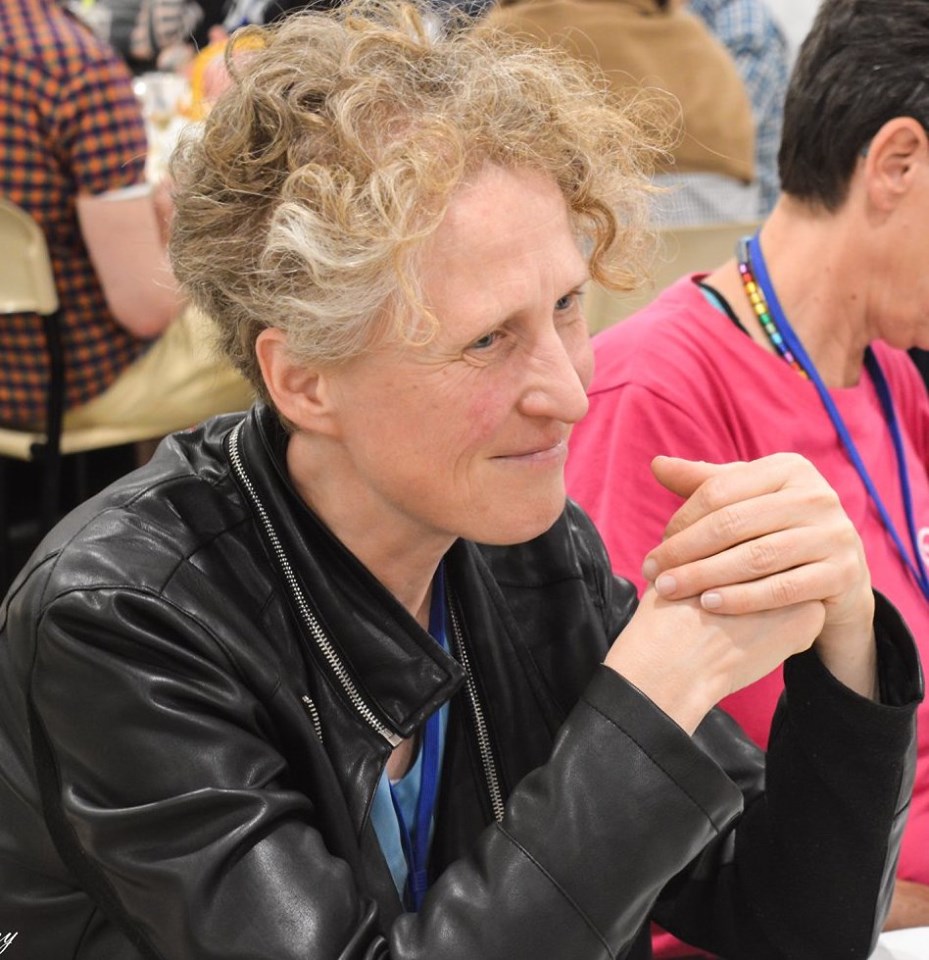 Living and Working as a Woman*-Loving Female Roman Catholic Theologian

An open letter from Zurich, Switzerland, by Susanne Birke

Abouth the Author: Susanne Andrea Birke is a Roman Catholic Theologian who lives on Zurich.

April 26th is Lesbian Visibility Day (LVD). Lesbians have become increasingly visible during the last few years. When I grew up, I knew about gay men. One of my parents´ friend, while they were studying in Tübingen, was a French gay man, and while I still was in primary school, we visited him on a trip to France. But I did not know any of lesbian and women*-loving female* never were talked about, while I grew up in Ulm, Germany. This is completely different today. But in many places being out is anything but safe, the specific discriminations lesbians endure are seldom acknowledged. Our needs are often not addressed and taken care of when laws are changed to include homosexuals. Lesbian organisations do not get the same funding. When it comes to women*-loving women* in the Roman Catholic Church things look even worse. But I can see the wind of change here too.

In 2013 I went public as a woman*-loving female* Roman Catholic theologian working for my church. To many this seems to be impossible, crazy or simply stupid. But this is what I am. It is possible because I live and work in Switzerland in an open Diocese. The Diocese of Basel has a Rainbow Pastoral working group, which mostly relies on voluntary work, but nonetheless is continually active. It is also possible, because the organisation I work for was supportive and stood by me. They did so even though there were complaints regarding my work for feminist theology and women’s rights in the Roman Catholic Church, Rainbow Pastoral and about them employing an out Lesbian theologian. Most of all I can do, what I do, because there are many people here at grassroots level who want their Church to be inclusive and some are also willing to risk something to make this come true. But all that would not help, had I not decided to stay single after my last break-up. If I would live in a registered partnership, I could never do what I do now. Many of my colleagues live in fear, because even though we work for inclusion at parish level, we are far away from accepting LGBTIQ+ when it comes to staff.

So yes, in a way it feels crazy, working for a Church, who not only discriminates against me because of my genitals, but also because of whom I love. But I love my church too much to leave it in the hands of those, who would rather see people like me gone. I met many wonderful human beings all around the world, doing great work in many ways. This means more to me than the discrimination I experience. And last, but not least: no matter, what will happen, I will remain part of the «resurrection movement» that started 2000 years ago.

What I can do because of where I live and work, may be far from the experience of many lesbians in GNRC. To be accepted as a woman by a male-dominated upper level is not easy. Even though it is better now, there still is a lot of work to do. When I started, some male Roman Catholics felt, they had a right to tell me, what to do, because they were men and I was a young woman. I also had to discover, that our wages were not equal. I have continually been targeted by some for my work as a feminist theologian working for equality in the church, but it definitely got worse after I came out and started Rainbow ministry. These are a few examples only. There was much to deal with. Fortunately, many colleagues, are striving for equal rights in our church, regardless of their own gender.

The reform movement in Switzerland is extraordinarily strong and there are strong women’s organisations and networks too. The Swiss Catholic Women’s League is the biggest Roman Catholic organisation here and supports marriage equality. Still I feel we have a way to go to recognize the specific needs of lesbians in the RCC. But things keep changing continually and the youth organisations are doing great work, when it comes to being inclusive. I do hope, our voices will become stronger and be listened to more in the future.

For LVD 2020 I want to close with an encouragement: Do not let anybody stop you from combining something in the core of your being, because others think it is impossible. You might be here to open new doors!

May the Holy One bless you, guide and protect you with Her love,

* I German the “*” is used to break open the gender binary. In this case Woman*-loving refers to the female -nonbinary spectrum and female* to a gender identity, that is more than female only.