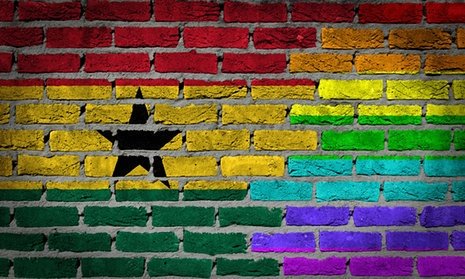 GNRC advocates for the threatened Ghanaian LGBTIQ+ community due to the advances of new criminalization bill supported by Ghana’s Catholic Bishops.

It is with the outmost disquiet and concern that GNRC has to speak out against the suffering being inflicted on our LGBTIQ+ siblings in Ghana. In March 2021 we wrote asking the Pope and the Vatican to speak out against the violence being meted out to some of our members which emanated from the inflammatory language used by the bishops in Ghana. Our voices, and that of many international voices appear to have fallen on their deaf ears. And now, seven months on, we are saddened to note that the Ghanaian Bishops have given their support to proposed legislation that would further criminalise LGBTIQ+ people and any groups that offer advocacy and support to the community.

Ruby Almeida, Co Chair of GNRC states “In line with the language used against our community, this is truly an abomination against Christ, His work and His love. How can anyone deny its citizens their human rights who only wish to lead quiet, law abiding lives. It is tragic to note that the Ghanian Bishops have allowed themselves to be drawn into a vortex of well funded, politically motivated malevolent, conservative influences that come from foreign agencies.”

The promotion of ‘Courage’ by the Ghanaian Bishops and its discredited use of conversion practices is inappropiate and out of place. The United Nations describes conversion therapies as torture and calls for a global and immediate ban.

Chris Vella, Co Chair of GNRC adds, “The Church believes in human rights and preaches against discrimination directed against minorities of any kind. And yet, we are seeing church leaders supporting and encouraging this in Ghana. How can the Church continue to justify this hypocrisy? In the light of the Gospel and of Christ crucified, the Church must stand with the weak and the persecuted.”

We call on the Pope and all Bishops around the world to intervene in this matter and to roundly condemn the criminalisation of LGBTIQ+ citizens whose human rights are being denied. We await some comment from the Catholic hierarchy on this most serious matter, and that they add their voice to the comments made by the Church of England’s Archbishop of Canterbury Justin Welby and speak out against this violent and retrograde step. We ask that they turn to church teaching and practice, as advocated by Pope Francis himself and as is directed in Church teaching to treat the LGBTIQ+ person with respect, compassion and sensitivity.