The Rainbow: from the Biblical Flood to LGBT+ 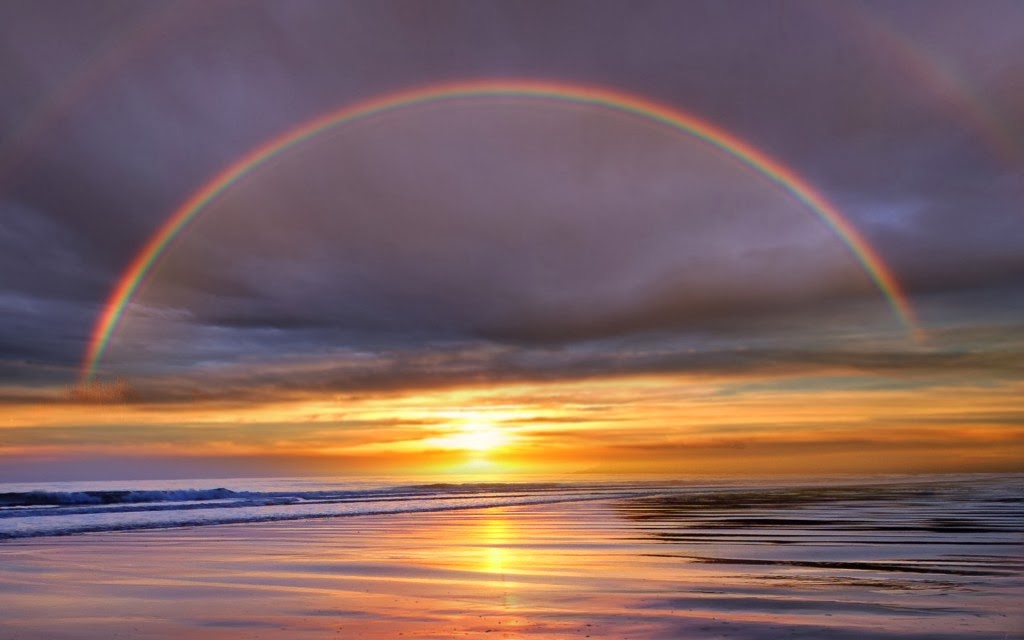 In times of pandemic, prophets of catastrophe abound, envisioning divine punishment in natural calamities. And they can even use biblical texts on earthquakes, storms, pests, plagues and other misfortunes. This is all part of ancient cosmology, which saw such phenomena as a supernatural intervention. Over time and the development of science, it was possible to recognize the autonomy of creation there, which has its own laws.

In the Judeo-Christian tradition, however, there are many inspiring accounts and positive images of God’s love for humanity and creation. One of the most beautiful is that of the origin of the rainbow, in the first book of the Bible, Genesis. This book was written during Jewish exile in Babylon, in the 6th century BC. It is a monotheistic retelling of ancient Babylonian myths about the creation of the world and the flood. In Genesis, after the universal flood in the time of Noah, God establishes an eternal covenant with humanity and with creation, whose sign is the rainbow. And says:

“When I cover the earth with clouds, the rainbow will appear in the clouds. Then I will remember my alliance with you and with all kinds of living beings, and the waters will no longer become a flood to destroy all flesh. When the rainbow is in the clouds, I will contemplate it as a reminder of the eternal covenant between God and all species of living beings on earth”. God said to Noah, “This is the sign of the covenant that I have established between me and all the flesh on the earth” (Gen. 9: 14-17).

In this account, the destruction of the world and its living beings is neither divine desire nor design, even if, according to ancient cosmology, this has ever happened. God is creator, God of life, who wants the good of creation in the widest diversity of his beings. About catastrophes and misfortunes, Jesus was asked about the alleged guilt of the victims, such as the collapse of a tower and the massacre ordered by Pilate in the Temple. For Jesus, what matters is not whether those who lost their lives sinned, but whether tragedy is a stimulus to conversion.

More than two millennia after Genesis, the LGBT+ movement has adopted the rainbow flag as its symbol. This started in 1978, in San Francisco, with the artist Gilbert Baker, when the first versions of the flag were seen in the streets at the parade. The artist’s idea was to promote diversity and inclusion, using something from nature to represent sexuality as a human right.

At that time, Brazil lived under the yoke of the civil-military dictatorship. The archbishop of Olinda and Recife, Hélder Câmara, had become an extraordinary defender of the poor and human rights, suffering severe censorship and persecution by the regime. Despite this, he managed to publish a book of poetry. By coincidence, it was the same year as 1978 and one of these poems said:

“Make me a rainbow

that welcomes all colors

in which your light

that announce the calm

Hélder’s rainbow and that of LGBT+ people belong to very different contexts, but have elements in common. Both defend human rights, diversity and inclusion. All people are the image and likeness of God in this world, colors in which divine light is fragmented in the diversity of creation.

The prophets of catastrophe must not be listened to, who attribute natural calamities to divine punishment and stigmatize groups and individuals. Science contributes to a more pure and adult faith, as the Second Vatican Council states. May science and adult faith help us to take proper care in times of pandemic, and to reach the calm after the storm.

* Luís Corrêa Lima is a Jesuit priest and professor at Pontifical Catholic University of Rio de Janeiro. Works with research on gender and sexual diversity.