The Gospel from Out of the Closet 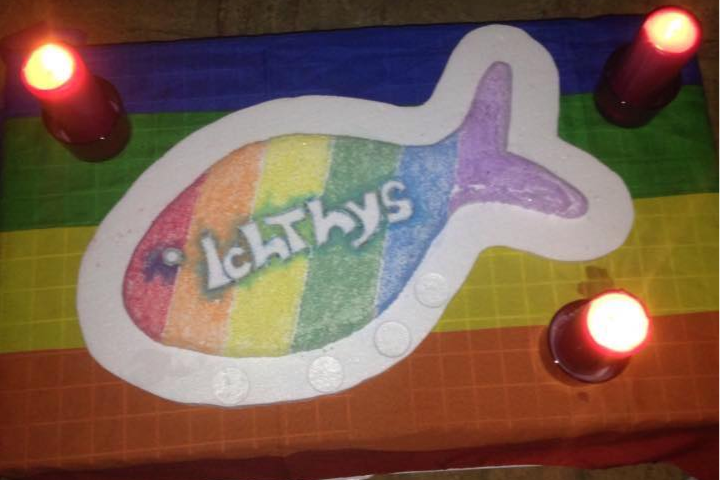 Ichthys Cristianos Inclusivos de Sevilla weekly shares a reflection in Spanish of one of its members considering the Sunday reading of the Gospel of the Week.

My experience of faith from a very young age has been accompanied by doubt. But the faith of those of us who hesitate is often so strong that nothing and nobody could take it away from us even if they tried, as it happens with the love of God. The uncertainty generated by doubt – if the means are put in place to contrast it with truth and hope – always causes an encounter with the Father. A much more intimate encounter that even those who believe blindly could experience. It happened to Thomas and it happened to the disciples who doubted on the Mount of Galilee, where Jesus had summoned the eleven to say goodbye: he approached them to reassure them.

The reason for my hesitation was always marked by homosexual identity. Since I was a child, all the information – and training – that I was receiving about LGBTI people referred to them as perverted, deviant, sinful, dirty… In fact, when I was a kid, the LGBTI acronyms were not used, but other nouns and adjectives much more rhetorical and eloquent, such as fagots, tortilleras, deviant or sick. Also sinners, of course. The nefarious sin was called by the Church of that time, which is like saying abominable, perverse, shameful or infamous. The Church of today is more subtle in its qualifications, but not for that less inclement.

As I became aware of my sexual orientation, and also noticed that it was something as inevitable as my skin tone or the color of my eyes, doubts began to arise. Those related to whether I would be accepted or rejected by my loved ones, friends, etc., were solved by building a magnificent wardrobe that I was expanding, perfecting, and endowed with sophisticated defensive tools over the years.

As for whether God loved me being “so tremendously fag”, there was installed fear, which gave way to doubt, and this to mistrust, uncertainty and finally hesitation, that everything is the same in reality, but I feel like different degrees of the same feeling.

However, I never stopped fighting against it. I was constantly looking in the Gospels where Jesus said something against people like me. Desperately I spoke to God begging for answers. Impatiently I waited for a sign that would get me out of this hesitation and confirm my hope that the sin of evil was a hoax.

In a way that I could not describe in words, I felt that, despite all my confusion, God was at my side in an unpredictable way.

Now, looking back with grateful eyes, I know that all that struggle to believe, that long experience of doubts and hopes, has made it possible for my faith to be strong, my trust in the Father to be sincere. Most of us LGBTI believers have had to conquer a faith that was taken from us by doubt. Doubt is fueled by prejudice, tradition, ritual, fear. All that comes from outside. But the result, the doubt, is built by us and it is we and we who must facilitate at the precise moment that God enters our hearts to dispel it.

Matthew ends his gospel with some precious words from Jesus, which can only be understood from faith. I imagine the disciples listening to him and at the same time thinking about what would happen when he definitely left. And just then he tells them not to worry, because he will be with them until the end of the world.

LGBTI Christian women and men are called to trust in that promise of Jesus, because without that certainty it is not possible to live our faith serenely. We know this because in order to come to believe we had to cross long deserts and walk many roads in solitude. Our faith can be said to be the fruit of a doubt, a queer doubt, no more profound or sincere than that of any other child of God, whatever their sexual or gender identity. But this faith has made it possible for us to put aside rancor, forget all resentment, and thereby make it possible for other people to recognize Jesus, recover the faith, reconquer their lives and leave room for the Father, whose love nothing and no one could take away from us.