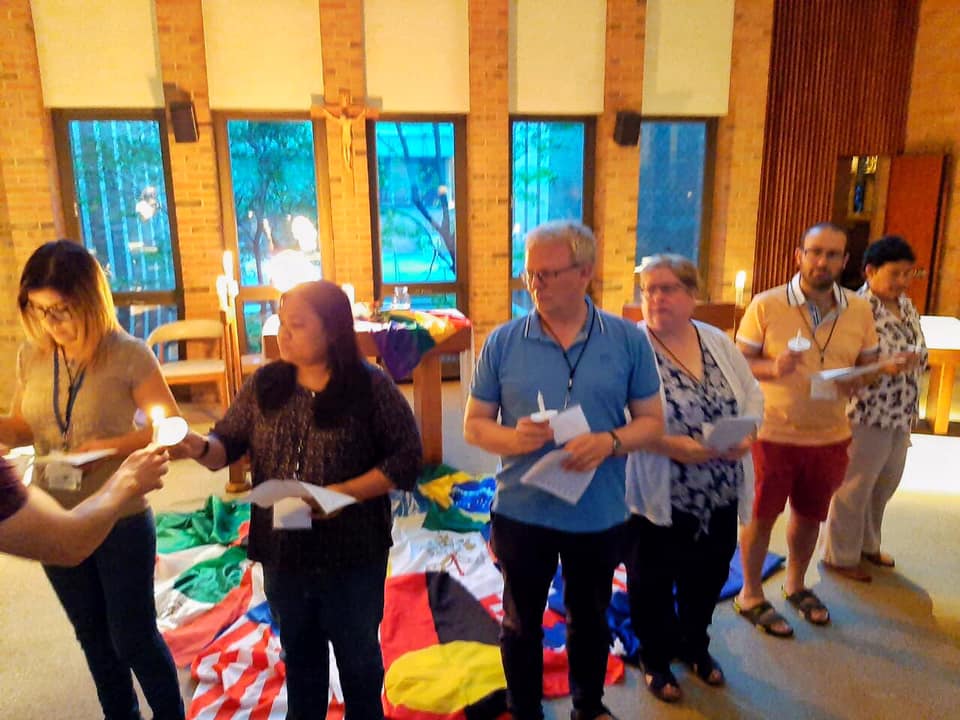 The GNRC announces its New Board, Co-chairs and Officials

We are happy to announce that a new Board was elected on July 4th for the period of 2019-2021 by our members delegates during the end of our Third Assembly plenary session. Five regional and two gender/sexual diversity representatives will from now on direct and manage the different projects and committees that structure the GNRC. We recognize the incremental female representation in the elected Board which we consider a proud and prophetic fruit of our Third Assembly. We now urge our GNRC members to maintain the high commitment expressed during the workshops, discussions and elections in Chicago.

Later, on July 27th, the new Board held its first Skype meeting for the internal election of the Co-chairs and Committees Officials.

The Legal representation will be assumed by Christopher Vella.

We would like to thank again to DignityUSA for its contribution and implementation of the Third Assembly in Chicago and the commitment of all the GNRC members delegates present during the gathering. Our work for justice and inclusion inside the Catholic Church will continue in a Proud and Prophetic way.

The Global Network of Rainbow Catholics (GNRC) brings together organizations and individuals who work for pastoral care and justice for lesbian, gay, bisexual, transgender, intersex and queer (LGBTIQ) people and their families. We work for the affirmation, inclusion, dignity and equality of our rainbow community in the Roman Catholic Church and in society. The GNRC was founded in Rome in October 2015, and legally established in Munich-Dachau in December 2017 and is registered in Italy.