The Biblical Account of Creation: Between Fundamentalism and LGBT population 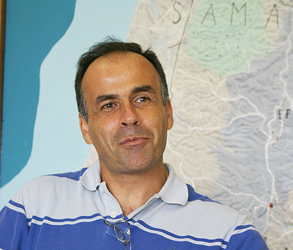 One of the main pillars of the Christian creed is faith in God the creator of heaven and earth. This includes the world, nature, and human being as divine creation, the work of a powerful and good being, designed to shine forth His glory and to share in His life. The biblical account of creation, contained in the early chapters of the Bible, marked Judeo-Christian tradition and human culture. At the beginning of everything is not chaos, but God Himself. By His word come light, the stars, the waters, the continents, and life. Humanity comes from the divine breath upon matter, constituting itself as the divine image and likeness and guardian of creation. In this account, many generations have found meaning in life, happiness, the family, civilization, the norms governing society, and also in dealing with evil and death.

Over time, questions have arisen about certain points: the creation of the universe in six days, the earth came before the sun and the stars, the man came straight from the dust of the earth, and the woman came out of the rib of man. Also male domination over the woman (“you will be attracted to your husband and he will dominate you” – Genesis 3:16) was questioned.

In response to these questions, an uncompromising attachment to the letter of the biblical text, fundamentalism, was generated in the late nineteenth and early twentieth centuries. The Word of God, inspired by Him, was supposed to be error free and should be interpreted literally in all its details. To those who dared to question it in the name of reason, the dilemma has long been posed: “either you believe or you think.” This ideological pool has alienated many people of right intention from the Christian religion.

Fortunately, the evolution of science and society has also led Christians to read the sacred texts in another way, freeing them from the perverse dilemma. With Pope Pius XII and later with the Second Vatican Council, the Catholic Church assimilated scientific methods of Bible interpretation, incorporating the help of various sciences from archeology to literature. The contemporary reader must seek the meaning that sacred authors under certain circumstances, according to the conditions of their time and culture, intended to express by using literary modes or genres then used. One must take into account the proper ways of feeling and narrating in use at their time, as well as the ways in which relations between men at that time were employed. This is how the Word of God came to us: not dictated by Him, but inspired, bearing also the marks of its historical roots.

Fundamentalism did not cease to exist and to have much force. But today the Church warns of its risk: by refusing any questioning or critical research, it places in the lives of the faithful a false certainty, confusing the human limitations of the biblical message with the divine substance of that message. This implicitly invites a form of ‘thought suicide’. Against the evidence, fundamentalist Christians continue to claim that the world was made in six days, the woman came from the man’s rib and must be dominated by him.

Today another question arises: the reality of the LGBT population that has become visible in the contemporary world. It is necessary to deepen the reflection on the creation of the human being in the duality of man and woman. Without denying this original duality and its value, it should be noted that not all people are heterosexual and not all identify with the sex attributed to them at birth. This is not their choice, but something constitutive of their being, with biological and psychosocial components. They are faces of the complex diversity between men and women, which cannot be simplified in a shallow and rough reading. It cannot be imposed on all who live as heterosexual and identified with their sex at birth.

Also in this complex diversity, the human being remains divine creation, the work of a powerful and good being, destined to shine His glory and to participate in His life.

* Luís Corrêa Lima is a Jesuit priest and professor at the Pontifical Catholic University of Rio de Janeiro. He works with research on gender and sexual diversity, and on the spiritual accompaniment of LGBT people.