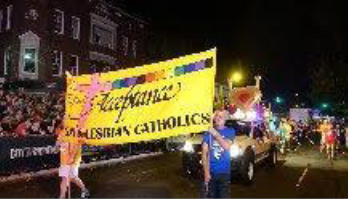 This is a summary of Catholic LGBTI News from Ocenia. We receive constantly more News for this section so check it weekly for updates. 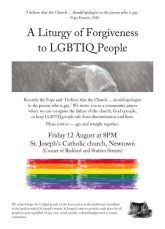 Australia: Pope Francis called for an apology to gay and lesbian people and a Catholic church in Australia has responded. The Rainbow Catholic Interagency for Ministry held a ‘Liturgy of Apology’ to LGBTIQ people at St Joseph’s Catholic Church Newtown on 12th August 2016. The historic event acknowledged the hurt caused by the action and inaction of Catholic and Christian people and churches. “Last night’s historic ‘Liturgy of Apology’ to LGBTIQ people was warmly and lovingly received, it is the beginning of a reconciliation process.”, said Benjamin Oh, member of Acceptance Sidney which is also part of the Rainbow Catholic Interagency of Ministry. Get more information detailed information about this important liturgy from Fr Peter Maher Blog or the review made by the Sydney Star Observer gay newspaper. 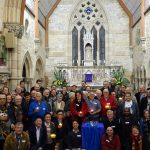 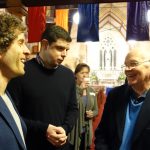 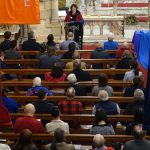 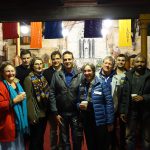 Australia: Australian Non-Binding $160+ million Plebiscite on Marriage Equality. LGBTIQ affirming Catholic group Acceptance Sydney, advocacy organization Australian Catholics for Equality and LGBTIQ pastoral care coalition Rainbow Catholics InterAgency for Ministry have all raised concerns on the dangers of a plebiscite on civil Marriage Equality in Australia. “A plebiscite on Marriage Equality will produce a public discourse that risks continuing vilification and hurt within the LGBTI community through ignorance and dishonesty such as connecting it to the anti-bullying safe schools project or surrogacy for money. It will be another example of straight people talking about LGBTI people, and not with them, on issues that are about basic rights for LGBTI people,” said Father Peter Maher. Peter is part of the pastoral care coalition Rainbow Catholics InterAgency for Ministry and has expressed similar sentiments in the editorial of The Swag, the quarterly magazine publication of the National Council of Priests of Australia. Benjamin Oh who is part of Acceptance Sydney said that “LGBTI Catholics and their loved ones are already marginalised, silence and threaten. Pope Francis recently reminded and call out to the church to apologise for the hurt that have been inflicted on gay people, acknowledging the vulnerability of LGBTI people being constantly subjected to vilification, ignorance and prejudice. Given the divisive nature of a plebiscite, a free vote in parliament granted by the Prime Minister is the most appropriate manner to resolve the matter.” 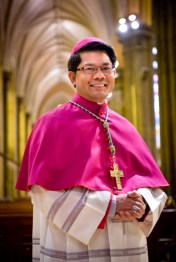 Australia: Newly installed Bishop of Parramatta Vincent Long Van Nguyen OFM Conv’s in his inaugural homily preached that “Pope Francis urges us to be a Church where everyone can feel welcomed, loved, forgiven and encouraged to live according to the Gospel. There can be no future for the living Church without there being space for those who have been hurt, damaged or alienated, be they abuse victims, survivors, divorcees, gays, lesbians or disaffected members.” The statement was warmly welcomed by LGBTI Catholics around the country. In a public statement, Australian Catholics for Equality congratulated the prelate, saying that “These are such welcomed words for so many of us, especially LGBTI Catholics and their loved ones who have been marginalised and deeply ‘hurt, damaged and alienated’ by the faith community they love. With such warm words, we look forth to the accompanying actions.” Vincent Long Van Nguyen came to Australia as are refugee from Vietnam and has a record of being outspoken on issues of social justice. Parramatta is the fifth-largest Catholic Diocese in Australia.

Australia: Founded in 1973, Acceptance is a gay Catholic group in Sydney Australia and a member of the GNRC. Acceptance proudly participated in the 2016 Sydney Gay and Lesbian Mardi Gras Parade held on 5 March, with the theme “Equally Blessed”. The Mardi Gras parade started as a protest march in 1978. Acceptance members marched in 1978 and they continued to participate each year. The annual march became the Mardi Gras parade, and in the mid-1980s Acceptance organized a float for the first time and marched under the Acceptance banner.