This is a summary of Catholic LGBTI News from Asia. We receive constantly more News for this section so check it weekly for updates.

Hong Kong: The Hong Kong Catholic Diocese has criticized a lawmaker’s proposal to amend a law so that same-sex couples married legally overseas can reclaim the ashes of their deceased partner from a Columbaria — a place where urns are stored. “We hope those who oppose the amendment should look at the issue with empathy. Do not [let] it become an issue about legalizing same-sex marriage in Hong Kong,” the LGBT community said. Cases of same-sex spouses trying to claim the ashes of a deceased partner are rare “but the issue itself reflects how discussions on LGBT issues have turned irrational,” a church worker who wants to remain anonymous added that “Pope Francis has reminded us many times that the church should offer pastoral concern to gay people. There seems to be a trend for people to turn a small issue into a big one,”.

China (1): 153 LGBT Christians and their families gathered in Hangzhou (Zhejiang province), between June 8th-11th in the same city where the G20 summit was held, to participate in a retreat organized by China Rainbow Witness Fellowship (CRWF). They came from Mainland China, Hongkong, Taiwan, Singapore and Malaysia. In the last day of the meeting, Fr.Francis celebrated a mass with some Catholics and other Christians to offer the rainbow Christians to our lady of seven sorrows. 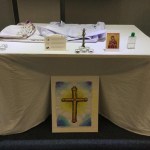 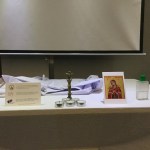 China (2): On June 3, the feast of Sacred heart of Jesus, the China Catholic Rainbow Community (CCRC) started the first time online rosary pray. The pray will continue every Wednesday and Friday at 9:00 pm using “QQ” a very popular online tool in China.

Bangladesh: The Justice and Peace Commission of the Archdiocese of Dhaka in Bangladesh has joined rights activists in condemning the murders on April 25 of two leading lesbian, gay, bisexual and transgender advocates. “The church always supports the demands of LGBT people for equal rights and opportunities as ordinary citizens,” said Convenor, Father Albert Thomas Rozario the priest who is also a Supreme Court lawyer. “We call on the authorities to ensure justice is meted out for the killings, and also to take steps to end discrimination against this community,” he added. The public statement came after suspected Islamic militants hacked to death Xulhaz Mannan, one of the founders of Bangladesh’s first and only LGBT magazine Roopbaan and Mahbub Rabbi Tonoy, an actor and fellow gay rights activist in the capital Dhaka. Rosaline Costa, a Catholic and executive director of Hotline Human Rights Trust Bangladesh, said religion, social norms and the legal system can’t be used to disenfranchise the LGBT community. “God has given us freedom of choice and nobody is allowed to persecute people for their sexual orientation because of so-called traditional values based on conservative religious norms. A truly democratic society can’t accept abuse in the name of religion,” Costa said.

Philippines: Geraldine Roman became Philippines’ first transgender lawmaker. In the mostly Catholic country, Roman has been mocked and abused in the campaign trail in the lead up to the election win.  Roman said that “If Jesus Christ was alive today, he would not approve of discrimination. I firmly believe that.” Geraldine Roman comes from a political family, where her mother has served as congresswoman for nine years. Know more about Roman from the Articles released by CNN and Bondings 2.0 (Courtesy of New Ways Ministry).