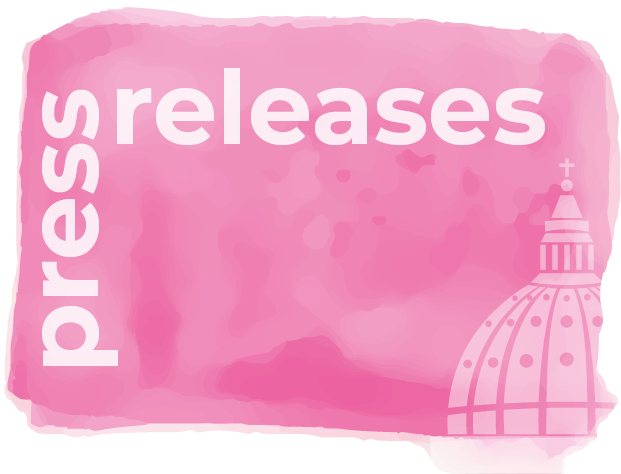 Friday, March 22nd, 2019. This coming Monday, Pope Francis will issue a teaching document in response to the Catholic bishops’ Synod on Young People. The Equal Future Campaign has called on the Pope to include his advice to parents of LGBT children, elevating that advice to the regular teaching of the Catholic Church, and to build on it.

“The Equal Future 2018 Campaign is calling on Pope Francis to address the damage done to young people by LGBT stigma in line with his own recent statements rather than with the findings of the Synod,” said Equal Future’s Campaign Director, Tiernan Brady.

“Ahead of the Synod last year, Pope Francis showed true leadership in his understanding of the damage that is being done to LGBT children and young people. He powerfully called on parents to listen to, show greater understanding towards, and accept their LGBT children, just as they are. The Pope can build on his comments to help end the damage that is done to children and young people everywhere when we make them feel that who they are is a disappointment or a misfortune if they are LGBT.”

The Pope’s document, called a Post-Synodal Apostolic Exhortation, is to be released this coming Monday 25th March and is his official response to the global Synod on Young People held last October. A key objective of the Synod was to consider “cultural and religious factors [which] can lead to exclusion” of young people, including young people who are or may be LGBT.

“The Synod had the chance to consider the damage done to children and young people from LGBT stigma, and the Church’s own role in the problem. Instead the bishops failed to acknowledge and tackle the problem. Pope Francis can move past this failure in his forthcoming document.”

Tiernan Brady concluded: “As our global polling shows, the choice is between recognizing the truth discerned by the people of the Catholic Church, who realise the Church needs to become more supportive of young people who are or may be LGBT, or letting the Church’s bishops continue to close their eyes to the reality of people’s lives in the face of ever growing understanding and knowledge of LGBT people and their experiences. The Pope must now finish the job he started in August last year and which the Synod of Bishops manifestly failed to deliver on.”

The Campaign is supported by a coalition of LGBT, progressive religious, children and young people’s, and other groups from over 60 countries worldwide. Its website is www.equalfuture2018.com.

Four days after it launched in Dublin on August 22nd 2018, the Pope, on his way back to Rome from there, gave the first ever positive papal teaching to parents of kids who may be gay.

On 26 August 2018, four days following the launch of the Equal Future 2018 Campaign in Dublin ahead of the Pope’s visit to Ireland, the Pope, asked by a journalist what he would say to the father of a son who says he is gay, said:

“Don’t condemn. Dialogue, understand, make space for your son or daughter. Make space so they can express themselves.”

“You are my son, you are my daughter, just as you are!”

“That son and that daughter have the right to a family and of not being chased out of the family.”

The Vatican announced February 24 2019 that the Pope will present his Post-Synodal Apostolic Exhortation on March 25, the Catholic feast of the Annunciation, during a visit to the Shrine of Our Lady of Loreto near Italy’s central Adriatic coast.

In October 2018, the Equal Future 2018 Campaign released polling commissioned from international polling agency YouGov on attitudes in the Catholic word towards damage to children and young people from LGBT stigma. The poll was conducted in Brazil, Mexico, USA, France, Philippines, Spain and Italy, comprising 50% of the global Catholic population. The data showed that 63% of practicing Catholics in the world’s eight biggest Catholic countries want the Church to change their teaching on LGBT in order to support the health and wellbeing of children and young people. The Campaign submitted the polling to the Synod on Young People to assist its deliberations. The details can be found at www.equalfuture2018.com/poll/.