Out in Church – A Church without Fear 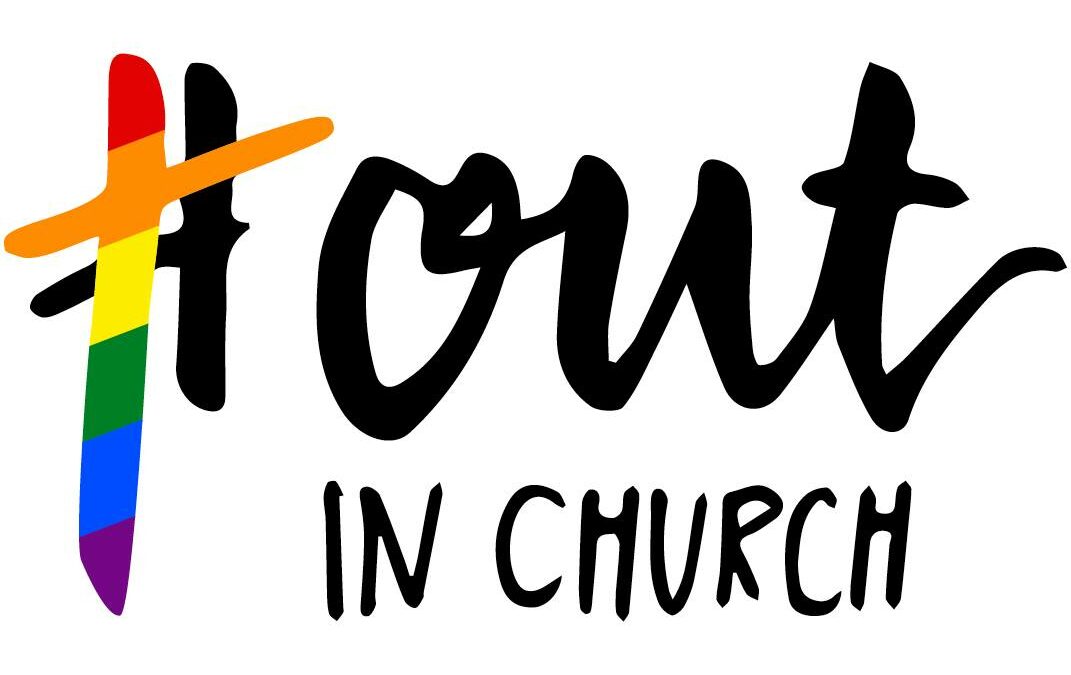 Out in Church is a new German LGBTIQ Catholic workers association that belongs to institutions such as schools, colleges, NGO´s, and other offices / departments inside the Catholic Church. With the release of the TV documentary “How God created us” and a Website on January 24, 2022, this unprescedented initiative will share their witness, history and legacy as well as will suply visibility and advocacy of the contribution of LGBTIQ workers in the church.

The following texts are the Press Release, Main Manifest and a list of the particular requests that this new group shares as it hopes to become an example to the rest of the Catholic Church worlwide. For more information, visit the official site of the initiative Out In Church or their social media accounts on Facebook and Instagram. The online TV documentary will be released in January 24 by 10 25 pm Central Europe Time (GMT +1) on ARD Mediathek. Out In Church Press Release – For a church without fear

Find other language versions of the first Press Release of Out In Church in the following links – English, French, German, Italian, Spanish and Portuguese – or visit directly the original site in German on Out In Church

With the initiative “#OutInChurch. For a church without fear” and as part of a TV-documentary, 122 LGBTIQ+ people who work full-time or voluntarily in the Roman Catholic Church in the Germanspeaking world are now coming out. Among other things, they work and are involved in the areas of education and upbringing, care and social work, church music and pastoral care. Among them are priests, nuns, pastoral officers, religious teachers, but also administrative staff.

The initiative #OutInChurch is inspired by the impressive #ActOut campaign, in which numerous germanLGBTIQ+ actors came out at the beginning of 2021.

Initiator Jens Ehebrecht-Zumsande, speaker in the Vicariate General of the Archdiocese of Hamburg, explains the action: “Far too often people talk abstractly about those affected. With Out in Church, those people become audible and visible in the church by themselves.”

In the ecclesiastical context, such a step still entails a considerable risk, because coming out can have serious consequences up to the termination and destruction of professional existence. Deeply rooted ecclesiastical methods of condemnation and shame make it difficult for queer people in the service of the Catholic Church to show themselves.

The initiative #OutInChurch aims to contribute to a renewal of the credibility and philanthropy of the Catholic Church.

The initiative’s manifesto aims, among other things:

Out In Church calls on all LGBTIQ+ people, who work full-time or on a voluntary basis in the Roman Catholic Church, to join the initiative. In addition, all people are invited to show solidarity with the initiative. The bishops and all those, who have responsibilities in the church, the parishes, associations and religious communities are invited to declare publicly their support for the manifesto.

Homepage of the TV documentary: https://www.ardmediathek.de Out in Church – MANIFESTO

Find other language versions of the Manifesto in the following links – English, French, German, Italian, Spanish and Portuguese – or visit directly the original site in German on Out In Church

It’s us! There has been much talk about us. Now we speak for ourselves.

We are full-time, part-time, voluntary, potential and former employees of the Roman Catholic Church. We work and are involved in school and university education, in catechesis and education, in care and treatment, in administration and organisation, in social and charitable work, as church musicians, in church administration, and in pastoral care.

Our group is diverse. It includes people who have courageously and often single-handedly dared to come out in a church context in the past. But it also includes people who have only now decided to take this step and those who cannot or do not yet want to take this step, for various reasons. What unites us is that all of us have always been part of the church and help shape it today.

Most of us have had many experiences of discrimination and exclusion – also in the church.

The Church’s teaching authority claims, that we are incapable of “correct relationships”[1] to other people, that we fail to be fully human because of our “objectively disordered”[2] tendencies and that same-sex relationships “cannot be recognized as objectively ordered to the revealed plans of God.”[3]

Academic insights in theology and the human sciences mean that such statements are no longer acceptable or even debatable. They defame queer love, orientation, gender and sexuality and devalue our personhood.

Such discrimination is a betrayal of the Gospel and counteracts the Gospel mission of the Church, which is to be “a sign and instrument of intimate union with God and of the unity of all humanity”.[4]

In view of this situation, we don’t want to remain silent any longer. We demand a correction of misanthropic doctrinal statements – also in view of worldwide church responsibility for LGBTIQ+ human rights.

And we demand a change of the discriminatory church labor law, including all the degrading and excluding formulations in the church’s regulations for employees.

Up to now, many of us could not live openly with our gender identity and/or sexual orientation in our church profession or environment. Labor law entails a threat of consequences, up to and including the destruction of our professional existence. Some of us know situations in which bishops, vicars general or other administrators have forced them to keep their sexual orientation and/or gender identity secret. Only on this condition have they been allowed to remain in church ministry. This has established a system of concealment, double standards, and dishonesty. It has numerous toxic effects, shames people and makes them sick; it can have a negative impact on one’s personal relationship with God and on one’s personal spirituality.

Everyone in the Church, especially bishops in their leadership roles, have a responsibility to create a culture of diversity so that LGBTIQ+ persons can carry out their professional work and live their vocation in the Church openly and without fear, and be valued in the process.

Sexual orientation or gender identity, as well as the open avowal of this, and entering into a non-heterosexual relationship or marriage, must never be considered a breach of loyalty and, consequently, an obstacle to employment or a reason for dismissal. LGBTIQ+ persons must have free access to all pastoral vocations.

Further, the Church must express in its rites and celebrations the fact that LGBTIQ+ persons, whether living alone or in relationship, are blessed by God and that their love bears manifold fruits. This includes at least the blessing of same-sex couples who ask for such a blessing.

With all these demands we are going public together. We do this for ourselves and we do this in solidarity with other LGBTIQ+ persons in the Roman Catholic Church who do not, do not yet, or no longer have the strength for this. We do this in solidarity with all people who are subject to stereotyping and marginalization through sexism, ableism, antisemitism, racism and any other form of discrimination.

But we also do this for the church. For we are convinced that only action in truthfulness and honesty does justice to what the church is supposed to be there for: the proclamation of the joyful and liberating message of Jesus. A church that carries at its core the discrimination and exclusion of sexual and gender minorities must ask itself whether it can appeal to Jesus Christ in support of such a state of affairs.

Life designs and life experiences of queer people are manifold places of knowledge of faith and places of discovery of divine activity. We are convinced, and our experience tells us, that our diversity makes the church richer, more creative, more humane and more alive. As committed Catholics, we want to bring our life experiences and our charisms into the church on an equal footing and share them with all Christians and non-Christians.

For a new start, it is essential that church leaders take responsibility for the countless unfortunate experiences LGBTIQ+ people have had in the church, come to terms with the church’s history of guilt, and meet our demands.

The fight for equality and against discrimination must not be left to marginalized minorities alone. It concerns everyone.

With this manifesto we are championing a free coexistence and cooperation in our church, based on the recognition of the dignity of all. We therefore invite everyone, especially those with responsibility and the church leaders, to support this manifesto.

[1] E.g. Congregation for the Clergy: The Gift of the Priestly Vocation. Ratio Fundamentalis Institutionis, 2016, Nr. 199.

[2] E.g. Congregation for the Doctrine of the Faith: Considerations Regarding Proposals to Give Legal Recognition to Unions Between Homosexual Persons, 2003, Nr. 4; Catechism of the Catholic Church, 1997, Nr. 2357.

[3] Responsum of the Congregation for the Doctrine of the Faith to a dubium regarding the blessing of the unions of persons of the same sex, 15.03.2021. Out in Church – Core Demands

Find other language versions of the official requests of the initiative in the following links – English, French, German, Italian, Spanish and Portuguese – or visit directly the original site in German on Out In Church

Our demands to the Roman Catholic Church