Opposing homophobia in the Catholic church 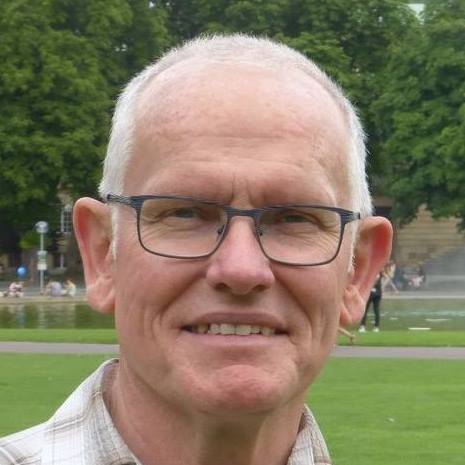 On International Day Against Homo, Lesbo, Bi and Transphobia, we´d like to portray how LGBT+phobia was experienced by a LGBT+ Catholic in his local Parish and how he got over it.

I used to live in a different French city from the one where I live now. A church there was particularly dear to me. When I arrived in France coming from Australia, it was there that I discovered the wonderful spiritual depth that can be found in some places in France: a big contrast with Australia in those days. For about eight years I sang in their choir and loved their beautiful and inspiring liturgy.

When I met my partner I moved to a different part of the city but I used to cross town to go to mass in my favourite church. My partner liked it too and we often went there together, off and on for many years. As he wanted to be as close as possible to the altar during mass, we chose a suitable place, one where we were particularly visible.

Then at one Sunday mass we were sitting in our special place and at the moment of the “Sign of peace”, I turned smiling to the woman next to me to shake hands with her. She made a grimace of disgust and shook her head, refusing to take my hand. I was left standing there, holding out my hand to her with my stupid smile still on my face.

A couple of weeks later, we were sitting in the same place before mass began. The young priest was going to and fro getting things ready when suddenly he noticed us. He came rushing over to us and said, “Who are you? What are you doing here?” We were very much taken aback. When he saw how astonished we were, he changed his tone, “I mean: are you from the parish? Do you come here often?” We answered that we weren’t from the parish and that we went to mass there from time to time. That seemed to calm him and he walked away. We supposed that the woman had complained to him that there was a brazen gay couple who dared to show up at mass and sit in a conspicuous place. From then on we went and sat elsewhere.

In our more anonymous place, we sometimes noticed avoidance behaviour. A straight couple would come to our pew as if to sit down, they would see the two of us sitting there and decide to go on a bit further.

Not much later, in 2011 my partner died and I kept going to that church, alone. The following year, the government began announcing it would pass a law in favour of marriage equality and the Catholic hierarchy reacted strongly against it. Special trains and buses were organised to take people to Paris for monstrous demonstrations, where homophobic slogans were chanted and some racist slogans as well, since the Justice minister in charge of the new law was a black woman.

So on Christmas Day 2012, I went to my favourite church. Another young priest said the mass and gave a homily which was not just against the planned law but was distinctly homophobic, with an unpleasant refrain repeated over and over many times. At the end of the homily, I stood up and walked out. I was devastated. On following Sundays I went to other churches but everywhere the theme was the fight against “this abominable law.” The law was finally voted in May 2013.

Since the voting of that law, the Catholic hierarchy in France has realised that civilisation has not come to an end, that family life has not been destroyed and that the sky has not fallen on our heads. They show signs of wanting to make up for the hurt that was caused by their attitude and they are trying to win back the people that they drove away. About one third of the dioceses in France now offer an effective pastoral support for non-straight people and their number is increasing.

In 2014 a theological conference The Ways of Love, about pastoral care for LGBT Catholics, was organised by the people who were to create the GNRC. I was asked to translate into French some of the documents publicising this event. When my work was done, I had a sudden burst of anger and I sent these documents in an e-mail to the young priest with the title “In memory of your homily for Christmas 2012.” I was surprised to see, a couple of days later, that he replied: he said that his attitude had changed a lot since that homily. I suggested that he read the book by Claude Besson about homosexual Catholics (Homosexuels catholiques, sortir de l’impasse, 2012 ). Some days later he answered saying that he had read the book and liked it and would recommend it to people around him.

After a couple of weeks, I finally ventured back into that church one Sunday. After the mass was over, I went up to the priest and identified myself as the person who had sent him the e-mails. He was a little embarrassed but I said to him, “You know, for gay men like me, the Catholic Church is our family. Life in a family is not always easy. But it’s still our family.” He made no reply, but I considered that the episode was closed.

It is important for us “marginal” people to continue going to the church and making ourselves visible. We have to show that this is where we too belong. Now I am legally married and I go with my husband every Sunday to a church where we feel reasonably welcome, more welcome to some people than to others, but our presence there is part of our fight for recognition.

About the Author: Michael Clifton is the GNRC Delegate from David et Jonathan in France. He was born in Australia but moved to France during the early 70´s. He is currently married and lives in Nancy, France.