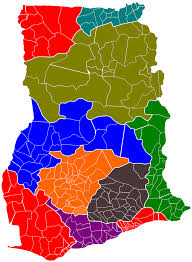 I arrived safely in the city of Accra, Ghana on the 14th of March 2015. The last time I was in Ghana was in 2008 and I still have many friends there. The day after my arrival was Sunday and Mother’s Day, and I went with some friends to mass in Accra. After mass I was introduced to some of the LGBTI people present at church, some of whom sing in the choir. Some were very happy to share their stories with me, while others were more reticent out of fear that the information might find its way to the authorities and bring trouble for them. Under Ghanaian criminal law, same-sex sexual activity among males is illegal and can result in long prison sentences. The situation with lesbians is less clearly defined, but still highly problematic.

Rosebud, a Christian, lesbian and midwife who works for the government hospital, leads an informal group of Catholic lesbians. It started among fellow lesbians at her church, but women from other churches are discovering her group. She currently has members from the Anglican, Presbyterian as well Pentecostal churches. Although the group is based in Accra, it is growing to be Ghana wide. They have not given the group a name, but come together once a month to pray and listen to each other’s stories. With little support from their churches on the issues that their sexuality raises in society, the group has become their only means of support as they discuss and help each other on LGBT issues. They organize parties and social events, but have to be very discrete, so as not to incur the wrath of the authorities.

Rosebud thinks that in a homophobic society, “the churches should be the first places to welcome LGBT people, not persecute them.” She commented that lesbians cannot immediately identify each other, “people usually become friends first, and then when it is appropriate, a friend will ‘come out’.” She was not aware of the on-going Family Synod in the Catholic Church, explaining that in Ghana people only hear what the church leaders want them to hear. “Church matters are conveyed in an authoritarian manner as orders rather than issues up for discussion.“ Although the internet is available in Ghana, it is not cheap and frequent electricity blackouts make its use problematic for many people − making international media unavailable to most.

Rosebud has a son who is 14 years old. She has brought him up a Catholic and feels strongly that the church should see her and her son as a normal family, despite the fact she is a lesbian. “I know that God loves me. If I was standing face to face with any of the bishops who preach discrimination against LGBT people, I would look them in the eyes and tell them that I did not choose my sexuality.” She believes that God made her gay and trying to change her sexuality is like changing the will of God.1

Still in Ghana, I met Kelly, who identifies himself as a Christian Charismatic, bisexual man. Kelly let me record him, and concluded by telling me that he hopes support and education can be given to Ghana’s LGBT community, and particularly education regarding blackmail. Blackmail of LGBT people is on the rise because of an increase in the use of gay dating websites. Sometimes people pretend to be LGBT online, setup a victim and then blackmail them for money. With unemployment on the rise, youths in Ghana are being driven to raise money in this manner and sometimes, even LGBT people have raised money in this way. Sometimes the Ghana police have gone undercover to trap and arrest LGBT people in a similar manner. He said that the decriminalisation of homosexuality would be the best way forward to providing safety for LGBT people, but he has no idea how it can be achieved. He also thinks that education in areas of inclusive theology would be useful for the Ghanaian context.