Let it happen to me as you have said 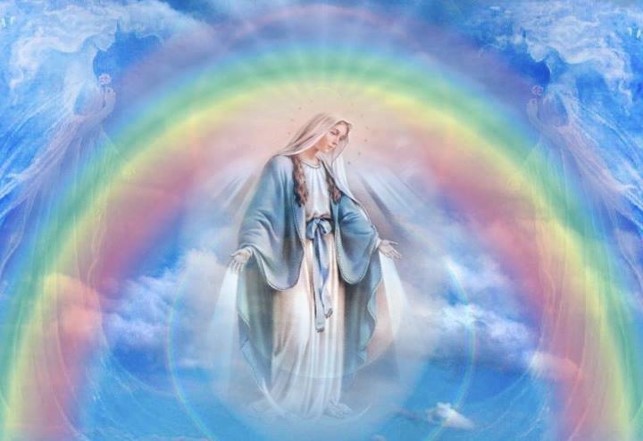 FROM OUTSIDE THE CLOSET. COMMENTARY ON THE GOSPEL OF SAINT LUKE 1, 26-38. FOURTH SUNDAY OF ADVENT.

Let it happen to Me as You have said

They say that LGBTIQ + people, especially boys, have a unique relationship with our mothers. I can’t pin it down to anything but it’s true that my mother and I have always used a code of non-verbal communication, according to which she knew exactly what was happening to me at all times. I did not know how to use that kind of confidence that she offered me when it was the time to share with her how I felt, while my mother always showed an almost sacred respect for my silences. Even in difficult moments, she knew how to be by on my side offering herself to everything, also to my stubborn reserve. I am sure that neither my father nor my brothers suspected anything of what was happening to me, thanks to my mother’s prudence.

Still, since I can remember I was always sure that she knew I was gay. I never dared to ask her. In fact, we never had a conversation about it, not even at sixteen, when I lost my way. We never chatted, probably more because of my fears than for any other reason. Sure she was looking forward to talking about it. And now I regret not having done it.

When I came out of the closet it was late.

I was her first child. I imagine that feeling me in her womb was a great illusion for her, in addition to creating uncertainties, fears, fears. But above all else, I am convinced that every time I moved and felt alive, her happiness outweighed everything else.

I am sure that, like Maria when she visited Isabel, my mother would be eager to share the news of her first pregnancy. Of course I was not going to be a Messiah, but for my mother it was her first child, and good news that she wanted to tell everyone. There was nothing greater to communicate and celebrate. For her, blessed was her belly.

My mother — along with my father — brought me up in the Christian faith. She was not especially insistent that I follow the precepts, but anyway she was able to awaken my faith to the same extent that she offered me the freedom to choose. I studied with the Claretians, and in them I found an evangelizing style based on the fact that God was father above all. And something else that marked my faith without any doubt: Mary.

When my sexual identity was evident to me and clashed with doctrine, the Church, the religion, and the great crises of faith appeared, the only one who remained unchanged and whom I never renounced was Mary. There were many things that attracted me to her, but what excited me the most was her trust in God’s will.

In my prayers as a teenager, as a young man, I usually begged to the Father to make me “normal”, because being a homosexual caused me a lot of suffering. Not precisely because I was one, but because of the rejection and exclusion that I perceived and that, if I had not experienced directly in my own flesh until then, it was thanks to my efficient closet, from which I successfully appeared to be who I was not.

I learned to end my pray with a short phrase: Let it happen to Me as You have said.

I don’t think I’ll ever be able to trust like Mary did, so sure that God would always be there. But this short prayer, which the mother of Jesus herself pronounced before the angel Gabriel, makes me calm, allowing myself to be done by God, resting in the Father, with the certainty that everything that happens in my story has a meaning from Him.