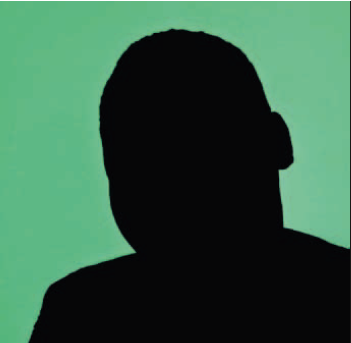 Ryan Kollano (33) from Kenia was one of 9 kids from a poor family. He was fighting hard to go to school. He made it up to university. Because of being gay he lost everything – several times.

The dream of going to school

I was born in a small village close to the desert in the north of Kenya. My parents used to live as nomads traditionally, but settled down at some point. Still they kept their culture. But I wanted to have a different life. Out of my eleven family members I was the only one wanted to go to school. We were very poor. We were getting meals once a day and sometimes we would miss meals. It was very hard and our parents were struggling very much. So I decided to run away on my own and try to make a living on my own.

A priest changed my life

I left my family when I was nine years old. I began to live on the streets. I was a street child until an Irish missionary found me. This changed my life. He ran an orphanage in his parish, which became my new home. He also took me to school and forced me to learn English – he only accepted to be addressed in English. I did not have any elementary classes before, so I first joined school in grade 5. The Irish missionary helped me to catch up what I had missed before.

I confessed things I had not done

In high school we had this topic about sexual morality and about accepted and not-accepted sexual behaviours in the religious education and so one of it was homosexuality. I didn’t know homosexuality was something bad. I just thought it was a feeling in me while growing up. It was in those classes that I realized I was homosexual. And: I learned it is illegal and it is not accepted in church. It was traumatizing. My academic grades totally went down. Because of my grades and me not performing well enough the priest told me that he would not sponsor my education any longer. “If you are using the parish’s money there is a minimum standard we expect” he told me. So he stopped paying for my school fees at that point. This was the time when I began fighting my sexuality. Denying me education was the worst you could have done to hurt me. From there on I had the feeling of repentance. I even went to the priest to confess things I had not done. I just wanted to regain his friendship. Eventually he took me back to school. So I was able to finish school.

Under pressure to get married

After I graduated from school, my parents came to the parish to pick me up. They wanted to have me back. They said that the parish was spoiling me and I was becoming too western, and forgetting them. And since I was the only one who went to school they might have thought that I also was a source of money. They wanted me to live with them and to support them. As the Irish priest was gone back to Ireland, I didn’t really have anyone to belong to, so I went with them. When I was 23, my family wanted me to get married. This did put me under heavy pressure. They didn’t understand why I wasn´t interested in getting a girlfriend. They didn`t know that I’m gay. Coming out to them created massive problems between me and my family but also between me and the church.

With the years my parents had become very much involved with the local Catholic Church in our village. Because the church built wells, schools and hospitals in our village, people started believing in the church very deeply. What the church said was the final word. The parish said I had to get married. My parents organised a wife for me and started setting up a wedding. When I refused to get married, the church rejected me and because the church did, my parents did as well. They didn’t want to be parents who brought up a gay child. I ran away from home for a second time.

My birth certificate was destroyed

My parents disowned me officially after my coming out. Being disowned also means that your birth certificate and all those things are destroyed. So I lost my official documents. Therefore I was unable to get a national identity card. Without an ID Card, you are unable to do a lot of important things. I spoke to a friend and he gave me the national ID card of his dead father and the national ID card of his mother. I used them to go and register for my own fake birth certificate and fake national ID card. I was not imagining what impact this would have on my life. When the national identity card arrived it was the biggest trauma in my life: The names in my national documents were totally different from the names in my academic certificates. That meant I couldn’t even subscribe to university or college. I was contemplating to commit suicide, I felt so incredibly lost.

I really wanted to pray to become straight

Luckily, I met this man who had good connections to the Jesuits. He asked me: “Ryan, you look bright. Why aren’t you in university?” I showed him my fake ID documents. “This is why.” He asked me, if I wanted to join the seminary. So I joined the Jesuits. For them it was not about academic degrees. I told him that I was gay. He said he would see what he can do. So he spoke to a priest. He said: “Ok then we need to help you to become a good Christian.” I really wanted to pray and change to become a straight. I wanted to be just like other people. The first year I went to confessions and prayers and so many other things. In the second year I did the same. In my third year I realized that it was not working. I didn`t want to be a gay priest, because I felt like I would be lying to God. Up to this moment I thought my homosexuality was a sin. In the seminary they spoke about homosexuality in an ugly way. Again I was considering suicide. I really started preparing for that.

I saw how they treat LGBT children in school

I met an American Jesuit with whom I could speak openly. He was the one who rescued me. He gave me a lot of spiritual guidance. After that I left the seminary. He said he could help me to become a teacher within the same parish. His parish had a college that trains teachers. He helped me to get a place at this college. So I finally could study! He explained my situation to them and they were able to match my education certificate at the college to my fake national ID card. When I had the certificate I was allowed to work in selected Catholic institutions. In order to be allowed to get government employment you have to proof that you went to primary school and secondary school. You have to present all those papers and I did not want to go through that.

As teacher on a catholic school I witnessed a lot of discrimination. Not against me, but I saw what they were doing to LGBT children. Any simple suspicion of a child being gay, behaving feminine was enough to expel them from school or to beat them up. I realized those children will go through what I have been trough. I wondered if there was something I could do.

The church has a massive influence in Kenya

I began activism work, to make sure we have save schools and a church which does not condemn people like those kids.  At work with my organisation we advocate inclusion in church and homilies that preach tolerance instead of hate against LGBT people. That would quickly change things to the better, also on the political level, because the church is where people come and listen. The church has a massive influence in Kenya.

Lobbying at health care institutions and at the police

The official legal situation in Kenya is that LGBTI people are not accepted. The constitution is very clear. You can get up to 16 years of jail when there is a suspicion of LGBT acts. We also do a lot of lobbying at the government, at the police and in health care institutions. Those groups are the greatest enemies. The police will arrest you. If you don’t bribe them you go to jail. The health care institutions in most cases will refuse to treat LGBT people. We try very hard to train them and to give them information. They need to understand that whatever they do has a significant impact on somebody’s life.

Association between terrorists and homosexuals

The biggest danger we are facing in all East African countries, is the government coming up with a kind of terrorist bill. After terrorists attacked a university and raped the student boys the public drew an association between terrorists and homosexuals. This is a big problem for LGBT activist in Africa. The situation is getting worse. We are moving very fast to try to change it. We are trying to bring out documentaries and stories so that the perception can start to change.

We never know when our lives will end

In my everyday life I live alone. I cannot live with my partner, it is too dangerous. We have to hide our relationship from everybody, neighbours, friends, family. As activists we need to hide in order to make things better for others. My activism is very dangerous. When we started the organisation we were seven people. Out of the seven four were killed. Two are in hiding. So I am the last one. We never know when our lives will end. If I stopped the activism in this organisation the lost lives of the four members would all go in vain. It’s my mission to carry on.