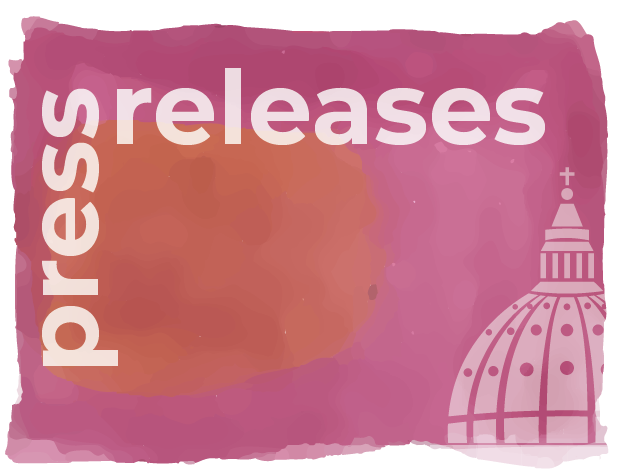 June 16, 2020. The Global Network of Rainbow Catholics (GNRC), representing Catholic LGBTIQ+ organisations from more than thirty nations around the world, will release a global research called “Lay Catholic LGB Discrimination in the 21st Century” in a Live broadcast on June 28 as part of its Pride Month activities. This is the first of future research and campaigns that GNRC will conduct to reveal and expose the threats as well as the opportunities that LGBTIQ+ Catholics and their families experience worldwide within the Catholic Church.

GNRC is aware that there are regional or country-based surveys and studies related to general discrimination against LGBTIQ+ Catholic people but this is the first one that compiles this issue with a global perspective. “The common trends and particularities reviewed across the report notes that there are still multiple forms of Church influenced discrimination in the 21st century” , declares Anne Marie Martindale, the Report Researcher who conducted the Report for GNRC and will focus on its results in the Live broadcast transmission.

“This research includes important references and testimonies that give a voice and context to the wide expressions of violence and discrimination against LGB Catholics, and where the Catholic Church has an important role and influence to maintain the structures and systems that sustains them or to be part of its change,” states Francis De Bernardo – Director of New Ways Ministry who will co-host the Live broadcast alongside Anne Marie M.

The release will be streamed in English from the Global Network of Rainbow Catholics Facebook and YouTube accounts on June 28 by 4 p.m. Central Europe (GMT+2) / 10 a.m. USA East Coast (GMT-4) / 10 p.m. Manila (GMT+8). The broadcast will focus on the major conclusions specific to the Report as well as testimonies from LGB Catholics from all over the world, and will end with a question and answer session from participants. On that day, the Report will be available for download as a PDF file from the GNRC Website on www.rainbowcatholics.org

The Global Network of Rainbow Catholics (GNRC) brings together organisations and individuals who work for pastoral care and justice for lesbian, gay, bisexual, transgender, intersex and queer (LGBTIQ) people and their families. We work for the affirmation, inclusion, dignity and equality of our rainbow community in the Roman Catholic Church and in society. The GNRC was founded in Rome in October 2015, and ratified and adopted its Constitution and Internal Regulations in Munich-Dachau in December 2017. GNRC was officially registered in Italy as an international Third Sector organization on the 17 December 2017.