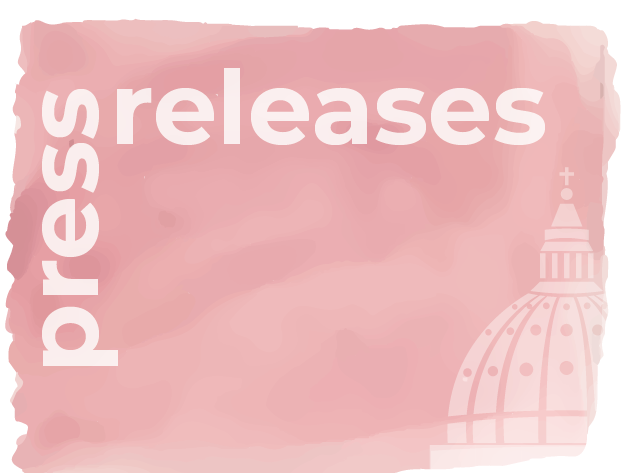 2 September 2020. Leaders of the Global Network of Rainbow Catholics (GNRC), an international network of groups working for pastoral care, justice, inclusion, dignity, and equality for LGBTIQ+ people in the Catholic Church and society, expressed grave concern over a number of recent actions by Church leaders. They say that several places in the world are becoming more dangerous for LGBTIQ+ people, and that Catholic officials are fostering these threats.

“Poland is clearly a focal point of this concern,” noted Michael Brinkschroeder, the European Regional Delegate to GNRC’s Board. He pointed to heightened concerns over attempts to marginalize LGBTIQ+ people following the reelection of President Duda, including attempts to establish “LGBT Free Zones” in some communities. In addition, he said that the Polish Bishops’ Conference declaration that official Roman Catholic teaching condemning same-sex relationships is “infallible,” and the call for “conversion therapy” centres to be made available (Position of the Polish Bishops’ Conference on LGBT+ Issues, 28 August 2020, paragraphs 50 and 38, respectively) “dehumanize LGBTIQ+ people and increase the likelihood they may be subject to violence or coercive treatment.”

GNRC recently released an Open Letter to the Bishops of Poland, written before the publication of the statement from the Bishops’ Conference, calling on Catholic officials to remember their role as pastors and guardians of human rights, especially given conditions faced by LGBTIQ+ people in their country.

Even as LGBTIQ+ activists and organization leaders in numerous countries face increasing threats, the Vatican’s official representative to the United Nations has argued that LGBTIQ+ refugees or asylum seekers should not be given assistance based on their identity as this may lead to arbitrary discrimination (Statement by H.E. Archbishop Ivan Jurkovič, 7 July 2020. Page 2). Archbishop Jurkovič issued a statement questioning a UNHCR (UN Refugee Agency) report that noted the need for protection of some refugees and asylum seekers on the basis of sexual orientation or gender identity.

Junko Shimada, part of the GNRC member group Nijirono Tomoshibi from Japan, which supports in particular LGBTIQ+ refugees in Kenya, declared that “even if Church officials can’t understand concepts such as sexual orientation or gender identity, LGBTIQ+ refugees exist, and they are arrested under the same laws which prohibit same-sex relations, so they are discriminated against and prosecuted even inside the camps where they are supposed to seek asylum.”

The UNHCR report notes a number of countries and regions where LGBTIQ+ people are under significant threat, and reports on strides made in addressing their needs, but recognizes that much remains to be done. Carolyn Minchin, part of the Australian-based GNRC member group Rainbow Catholics Interagency for Ministry, stated, “I believe that assisting LGBTIQ+ refugees is critical to their survival, due to the intensity of the violence and discrimination they suffer at every turn in their journeys as refugees.” Many LGBTIQ+ refugees are in the terrifying position of being threatened with death by their own families, and lack any support within their communities. The intensity of this hatred continues to impact their lives in places where they are meant to be assured of safety. “Integration and invisibility are impossible for them, and silence on the question of how to improve safety for LGBTIQ+ refugees is costing lives on a daily basis,” Minchin added.

Ruby Almeida, Co-Chair of GNRC, noted that earlier this year the organization released a report on the ways in which its gay, lesbian and bisexual members had experienced discrimination and violence. “What we found is that this oppression is often linked to the Church, either to particular statements or to teachings. Our Church cannot simultaneously claim to honor the dignity of all people and actively support the continuation and even expansion of oppression against our Rainbow communities,” Almeida said. “The kinds of events we are seeing just this week are deeply distressing to us all, and literally a matter of life and death for some,” said Christopher Vella, Co-Chair of GNRC.

GNRC calls on Pope Francis and Vatican Secretary of State Cardinal Parolin to withdraw the Vatican’s objections to the UNHCR report, and to assist the bishops of Poland in working with the LGBTIQ+ community in that country in a way that helps protect people from being marginalized and harmed. Furthermore, GNRC calls on the Vatican, the bishops, and Church officials everywhere to end any support for so-called “conversion therapy,” which has been discredited as harmful by nearly all credible social science and therapeutic organizations. Indeed, in May 2020, the report of the UN’s Independent Expert on Sexual Orientation and Gender Identity stated that it “may amount to torture.”