GNRC declares: There is no contradiction between being LGBTI and a religious vocational call 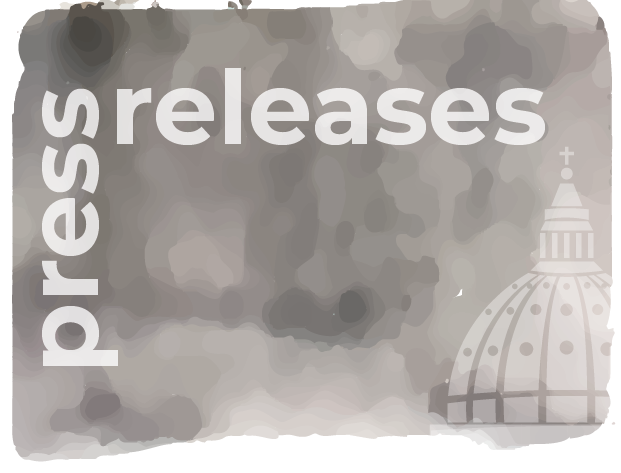 December 8, 2016. We observe a dangerous regression from the previous steps taken by Pope Francis about LGBTI inclusion in the Church. In the recently edited The Gift of the Priestly Vocation (December 8, 2016),The Congregation for the Clergy contends, with its very discriminatory language, about procedures relating to non-heterosexual men joining seminars and eventually becoming priests (Pages 78, 81 and 82).

We, the GNRC, stand for inclusion and justice for LGBTI lay people and their families in the Church. We also declare that all religious men and women that followed God’s call to dedicate their life for the construction of the Church deserve the same treatment. “There have been tragic instances within our GNRC family where some members who had previously been in seminaries, sadly had to give up on their chosen vocation after their sexual orientation was discovered. And in a few cases, they were very publicly exposed.”, states Ruby Almeida Co-chair of the GNRC and Chair of Quest (England). “Once they are excluded from the seminary, these gay men of faith have suffered from alienation, depression and a huge sense of loss and confusion. Their life plan to follow Jesus has been shattered by these discriminatory practices” she said.

Pushing LGBTI people out of the Church, rather than them being treated with respect and dignity whilst on their vocational calling, has set a dark and reactionary tone. “The Church states in many documents that LGBT should live in celibacy, without needing to express their sexuality, yet later says that priesthood is not an alternative. This double-bind message distorts the credibility of the church. And we should not miss the language of a subtle homoerotic seduction into an intimate and exclusive relationship between the priest and Christ that the Congregation for the Clergy uses several times in the document,” explains Dr. Michael Brinkschroeder Co-chair of the GNRC and project-manager of Homosexuelle und Kirche (Germany). “You can’t expect healthy spiritual and mental well-being for someone when you are constantly addressing a way of living built by the slamming doors and based on contradicting messages”, he said.

Even if the new protocol published today refers particularly to homosexual men, it creates a precedent for all LGBTI Catholics, “What about lesbian, bisexual, transgender or intersex women? Are we supposed to follow the same tortuous path? What we want to see and encounter is a constructive and meaningful way of living in service of the Church, once we discover and desire to live out a religious vocation”, observed Ruby Almeida.

Many expressions such as ‘Homosexual Tendency’ and ‘Overcome it’ (Homosexuality) are also part of the sub-  text, which is about the nullification of human sexual orientation, which can be interpreted as a subliminal guideline for reparative therapy. “The new protocol doesn’t respect the moral and spiritual integrity of gay candidates for priesthood, because it attempts to replace their own conscience by disputable norms of a hierarchy that are based on an ill-informed understanding of homosexuality”, concludes Michael Brinkschroeder.