An LGBTIQ Pastoral Care Initiative in the Church? 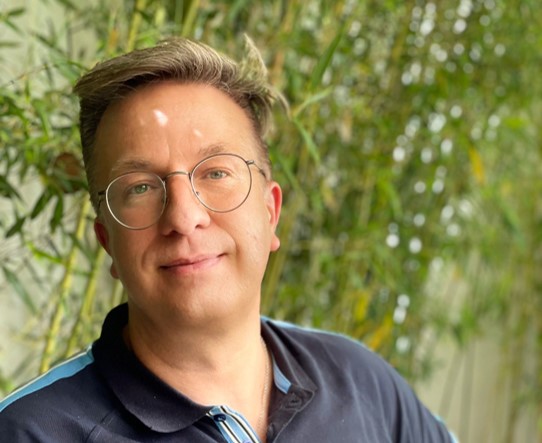 About Good Practices: An LGBTIQ Pastoral Care Initiative in the Church?

This is text was writtem by Luis Mariano González García – member of GNRC Member Group  Crismhom in Madrid, Spain – and original published in Spanish on the CLC Spain Website

The life of those of us who are believers and, moreover, LGBTIQ, has oscillated between sin and illness. And in this binomial in which we are pigeonholed both socially and ecclesially we sustain our faith, because we have the conviction that Someone greater than ourselves sustains and encourages us.

The time has come for LGTBIQ people to move from the simple apology of belonging to the Church, to the full recognition of the Kairos, the Time of God. That moment, when minorities, all of them, but especially rainbow believers, are confessors of the faith, because we continue to remain faithful and loving to the Church and creating possibilities of belonging for others.

When we had every argument to leave, we did not. In the Church we came to know Jesus, the all-inclusive one and his Gospel, and in the Church there have always been companions who, after discerning their apostolate, courageously have been and are willing to go alongside us, even knowing that ours is not a red carpet ministry and that it could, as in fact happens, complicate their lives a lot.

That is what this presentation is about, to make known and recognize those who were pioneers in accompaniment, as well as to make visible who and where they are currently working at the pastoral level.

BUT ISN’T THE LGBTIQ PASTORAL CARE NEW IN THE CHURCH?

The answer is No. It may well come as a great surprise to some people to discover that there are lesbians, trans, gays, bisexuals and intersexuals in the Church, just as there are in all religions, countries, ethnic groups and in many families, perhaps even in your own.

To know in order to understand. Only what is known is loved, understood and cared for. It is important to put a face, name and speak in the first person, breaking the silence and ending the secrecy and invisibility that do so much harm. Because only by being visible[1] and becoming a point of reference can we help those who have nowhere to direct their gaze, doubts, fears, hopes and life projects.

There are names and faces that have worked and still work actively in the reconciliation of the LGTBIQ+ reality and their faith in the Catholic Church. It is interesting to note that the work of welcoming and accompanying rainbow Catholics was initiated in the 1960s, being pioneered by the group DignityUSA, launched on the initiative of psychologist and Father Patrick X. Nidorf of the Order of St. Augustine (OSA), months before the Stonewall Riot[2].

One of the first statements in the Catholic hierarchy was that of the Bishop of Brooklyn, New York, D. Francis John Mugavero, who in 1976 wrote a pastoral letter entitled: “Sexuality: God’s Gift”, directly addressing homosexual persons, affirming that they deserved to be treated equally in society and in the Christian community.

It is important to note the joint apostolic work of Sister Jeannine Gramick of the Congregation of the Sisters of Loretto (SL) and Father Robert Nugent of the Society of the Divine Savior (SDS), forerunners in the LGTBIQ+ apostolate and co-founders of New Ways Ministry in the USA, which offers a Catholic space of reconciliation and social justice for the collective, their families and friends.

I cite these examples because they are not just from yesterday. They have already had a long ecclesial and pastoral journey and it was not an easy road.

Pope Francis and his magisterium encourage us to accompany this frontier reality, ad extra, but, above all, ad intra. Perhaps these interior frontiers are the most difficult to cross.

The Synod[3] on synodality that is currently underway offers full participation at both the community and personal levels. For this purpose and encouraged by Sister María Luisa Berzosa (FI) and the theologian Cristina Inogés Sanz, a network of rainbow Christian groups in Spain has been set up called “Synodality LGTBIQ+”, with the aim of being able to make our feelings, analysis and proposals known to the Pope. There are, in the same way, groups at the international level working along these lines.

A good friend informs me that, in some inclusive parishes in New York and San Francisco, the LGTBIQ+ groups that belong to them, at the end of Sunday Mass, share their activities with the rest of the parish, as another way to make themselves known to the community and to work on the sense of belonging.

In the diocese of Madrid, through the Delegation of Laity, Family and Life[4], an innovative space for accompaniment and formation in this area has been set up. As far as I know, it is the only diocese that offers it in Spain.

I myself have recently been appointed pastoral agent in my parish, in the Diocese of Getafe, responsible for the accompaniment in general and the reception in particular of LGTBIQ+ persons and their families, in clear consonance with the Post-Synodal Apostolic Exhortation AMORIS LAETITIA number 250 “The Church makes her own the behavior of the Lord Jesus who in boundless love offers himself to all persons without exception […]”.

The Comillas Pontifical University offers a Master’s Degree in Pastoral Care of the Family, in which one of the sessions offers information about the LGTBIQ+ reality in the Church and how to accompany it.

Like a new Pentecost, groups of parents with LGTBIQ+ children are emerging in many countries. In ours, both CRISMHOM[5] and Ichthys+CVX Familia[6] bring together a significant number of families, some, moreover, belonging to Catholic groups and communities for decades, who work to achieve full recognition of their children in the Church.

The reality in Italy is surprising. The 3volteGenitori network is a group of parents present in fourteen regions throughout the country. Moreover, following the suicide of a young homosexual in Turin, the Catholic rainbow group Kairos of Florence mobilized communities and religious groups to organize prayer vigils against LGTBIphobia throughout the country and grew to the point that on May 17[7], the International Day against LGTBIphobia, Prayer Vigils are held internationally.

In France, the pastoral care for LGTBIQ+ people in the diocese of Poitiers, offers a pioneering program launched in 2013 and exported to the dioceses of Angoulême, Limoges, Nantes, Orleans and Tours. It is coordinated by Ms. Isabelle Parmentier, from the Order of Consecrated Virgins and one of its most outstanding activities is the “Cycle of the Four Nights”, where the meeting and dialogue with LGTBIQ+ people is enhanced[8].

WHAT DOES THE FUTURE OF LGBTIQ PASTORAL CARE HOLD FOR US?

When CLC-Spain in December 2020, after a long process of accompaniment and discernment, published at national level the manifesto of support and recognition of sexual diversity and gender identities in their communities, I realized that something important was happening in the Church. I was witnessing this good work firsthand.

For the first time an apostolic life association was pronouncing itself as fully inclusive and encouraging us in the importance of becoming aware of the causes and effects of our permanent and persistent neglect. Everything can be otherwise, and in the Church as well.

May the examples of the good work of so many people, groups, communities and parishes encourage us to continue working for a more inclusive world and Church.

Let us hope that CLC-Spain is not left alone in this important step and that its example of good work is imitated elsewhere, in some religious congregation, institute of consecrated life or diocese. That would be another unexpected miracle; as unexpected as it is to meet, on a daily basis, with “accidental saints” who, looking into their eyes, can see God… They are the “wrong people” of whom the Lutheran pastor Nadia Bolz-Weber speaks[9].

I thank God for all the people who went ahead with their lives fulfilled and thanks to whom I, today, can think out loud and talk about the good work in so many places and my love for God and his Church without hiding my rainbow gaze.

[2] Stonewall Inn is a bar where LGTBIQ+ people gathered; marginalized and rejected for being poor and queer. After several raids and in the face of systematic police harassment, in the early morning of June 28, 1969 they said ENOUGH! and stood up to it, becoming a worldwide catalyst for marches for the human rights of LGTBIQ+ people; and June 28 was established as the International LGTBIQ+ Pride Day.

[3] Etymologically speaking, the word “synod”, derived from the Greek terms syn (meaning “together”) andhodos (meaning “way”), expresses the idea of “walking together”.

[6] Arcoíris Community of Seville, which together with CLC works in the family pastoral of sexual diversity.

[7] On May 17, 1990, the General Assembly of the World Health Organization (WHO) eliminated homosexuality from its list of psychiatric diseases. The International Day against LGTBIphobia was established.

[8] For reasons of length, I refer to the book coordinated by Professor Javier de la Torre (2020) “Homosexualidades y cristianismo en el siglo XXI”. Madrid. Dykinson. You will be able to check the pastoral initiatives and rainbow communities at national and international level.

MARTIN, J. (2018). Bridging the gap. How the CATHOLIC CHURCH and the LGBTI COMMUNITY can engage in a relationship of respect, compassion and sensitivity. Bilbao: Mensajero. Loyola Communication Group.

The opinions and ideas that appear in the articles published from Política-mente are the responsibility of the persons who have written them and, therefore, do not necessarily coincide with those of CLC-Spain as an institution.