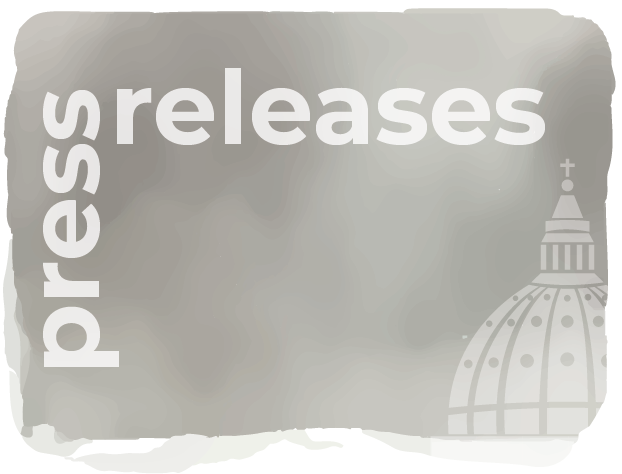 Catholic LGBTIQ Pastoral Care organizers and leaders around Australia will be gathering together for the first Australian National Catholic LGBTQIA+ Pastoral Care Symposium from the 31st January – 1st February 2020 in Sydney, New South Wales, Australia. 30 years has passed since a conference of such has been held.

The theme of the national symposium: “I am about to do a new thing” – draws from our renewed hope found in Scripture and in Pope Francis’ reminder that “The goodness of God has no limits and discriminates against no one. Because of this, the banquet of the Lord’s gifts is universal, for everyone” and that we as Church must go out to the “existential peripheries” where pain, suffering, healing alongside great faith and new ways of flourishing is being found.

This national symposium will consider the religious, spiritual, social and political context in which LGBTQIA+ Catholics, their families and friends live, and what it means for the Australian Catholic Church’s Plenary Council 2020, the debate around ‘religious freedom’ after civil marriage equality became law and how Catholic leaders and organizers can respond to this as well as other pressing issues of church reform and renewal.

“The last national conference of such focus was held in 1990, this was at the height of the HIV/AIDS epidemic, of which pastoral groups such as Acceptance chapters around the country were pivotal to the response and care of those most affected by it.” – Joey, committee member of Acceptance Sydney.

“Since then, much has changed in the understanding and attitude of Australian Catholics which can be seen in the growing number of Catholic churches who are not just inclusive and welcoming of LGBTQIA+ Catholics, but also affirming of their diverse stories, realities, gifts and experiences.” – Benjamin, Co-Chair of Rainbow Catholics InterAgency for Ministry, the organization hosting the national symposium.

“In 2017, Australian Catholics joined the majority of the country in an unprecedented public vote in support of civil marriage equality. As indicated in the numerous opinion polls, Catholics were the single largest religious population who supported marriage equality.” Francis, Co-Convenor of the Inclusive Parishes & Schools Working Group. (https://www.smh.com.au/politics/federal/catholics-defy-church-leadership-to-become-biggest-backers-of-samesex-marriage-poll-20170825-gy49ea.html)

“Australian Catholics voted Yes to civil marriage equality, not despite, but because of, their faith and values. Like the majority of Australians, we wanted to see our LGBTI family members and friends, marry the person they love.”– Francis, Co-Convenor of the Inclusive Parishes & Schools Working Group.

“Whilst positive law reforms now reflect the Australian community’s recognition of the historical injustices and current challenges faced by LGBTQIA community members, parts of the institutional church have not adequately responded to established scientific understanding or the pastoral needs of LGBTQIA Catholics and our families.” – Sue, Co-Convenor of the Supportive Catholics’ Parents & Families Network

“With the help of God, LGBTQIA+ Catholic-led pastoral and advocacy groups and organizations around the country have created spaces, led responses, and provided the education and support that have been missing for the past 5 decades. Often this has been possible with the support of diocesan and religious sisters, brothers, priests and a few bishops.” – Matthew, Advisory Board member of Australian Catholics for Equality

LGBTQIA+ Catholics continue to face bigotry and discrimination in parts of our church: “A Catholic lesbian couple was told they were not able to have a baptism for their child because they were married under civil law, and that their child was an act of abomination. Luckily, with some persistence, they found a very affirming Catholic church and pastor through one of our groups and have been able to heal from that traumatic encounter and continue to live their faith.” Fr Peter, a diocesan priest.

“I am heartened by Pope Francis’ message on social justice, climate ecological justice, and his seemingly pastoral sensitivity toward LGBT people, but his message is not taken seriously by my local bishop or my parish community. They continue to demonise me as a young queer Catholic, and I am scared of what will happen if I come out as transgender and bisexual.” 18-year-old Jas who is an active youth leader in her parish.

Mary, a pastoral organizer from Western Australia said that “as someone who works in youth ministry, I am deeply concerned about the mental and spiritual health of LGBTQIA+ Catholic youth I work with. Some of them tell me how some church leaders’ anti-LGBTQIA messages get repeated by their parents and family members, and how badly it affects them.”

The symposium intends to address the recent debate around the need for religious people to have the freedom to discriminate against others under the banner of ‘Religious Freedom’. This political debate is causing much distress to many in the Catholic community, not least LGBTQIA Catholics and children of LGBTIQ Catholics, but also Catholics who are single-parents, divorced, who have disabilities or come from a cultural minority group fearing that the proposed law will pass.

“I have been a Catholic educator for my entire professional life, and I am worried that if people learnt that I married my loving same-gender partner of 20 years, I could be fired. I have taught wonderful students who have left school, married and are now in full-time work and ministry in the church, yet I face being fired for who I love.” Paul, member of a diocesan pastoral group.

Over the past decade, members of the interagency has been working to put in place an appropriate national guide to Catholic LGBTQIA+ Pastoral Care, which included dialogue with church leaders, organizers and pastoral workers on various levels. At this National Symposium, an Australian Rainbow Catholic Pastoral Care Guide to support Catholics reflection and action on best practice for them, their agencies, communities, services and parishes. The Australian Rainbow Catholic Pastoral Care Guide is a ‘live’ working document to help Catholics in Australia better counter discrimination and hatred in line with the Catechism’s call for “respect, compassion and sensitivity.”

Organisers hope that in bringing together LGBTQIA+ pastoral organizers and leaders from around Australia, will bring about greater momentum for better ministry, where the spiritual well-being and health of LGBTQIA+ Catholics, their families and communities will be properly cared for and addressed.

Co-Chairs of the InterAgency – Benjamin Oh and Fr Peter Maher OAM can be contacted via rainbowcatholicsinteragency@gmail.com