This is a summary of Catholic LGBTI News from Europe. We receive constantly more News for this section so check it weekly for updates.

England: The Church of Westminster is planning a Pilgrimage to Rome on February  2017 – Are you interested? 2017 might seem a long way off, but now’s the time to start saving up for an experience of a lifetime! The 2015 Rome pilgrimage, at the beginning of Lent, exceeded their expectations – great company, moving experiences of prayer and liturgy, Papal Audience, seeing some LGBT aspects of Rome, past and present!  2 Pilgrims’ comments: “Just loved the pilgrimage , from a personal – and a community aspect – sharing experiences with LGBT Catholics whom I had met only in a church context. I enjoyed the warmth and care we felt for each other. Meeting the New Ways Ministry group and local LGBT Italians gave us a feeling that we are part of a bigger family. We were privileged to have special insights and places to visit beyond what ‘Rome Pilgrimages’ would normally offer due to Martin’s immense knowledge of the city.” and “Being in Rome with Pope Francis for the commencement of Lent was wonderful and made even more special and significant by being there with a group of people with whom I was able to relax and be myself. The places we visited inspired us and the liturgies we shared moved us. I would certainly want to go again if another pilgrimage is organised.”. You can get more information of the 2017 Pilgrim in the Church of Westminster Website or contact them by e-mail lgbtcatholicswestminster@gmail.com for more details. Save your place before November 25th 2016! 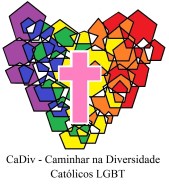 Portugal: CaDiv (Walking in Diversity) is a Catholic LGBT Community from Oporto (Portugal) that welcomes all LGBTI people that would like to join them as well as their families. CaDiv is also open to al those men and women that identify themselves with the human cristian values from the Gospel and would ike to get a closer approach to its practice. On October 17th, during the conmemorative liturgy of Santa Margarida Maria Alacoque, they will also celebrate the foundation of their group. For further infotmation of CaDiv, you can get in contact with them through the mobile phone (00 351) 918 273 798 or the e-mail caminharnadiversidade@gmail.com.

On May 17, CaDiv celebrated a Praying Vigil 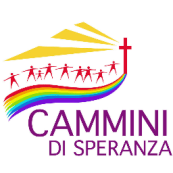 Italy: On the eve of the Family Day*, Cammini di Speranza, the first National Italian Association of LGBTI Christian, took its first steps towards launching #chiesaascoltaci (“Church, listen to us”), a campaign of real life stories, directed at a Church home for everyone, and which could be able to ensure harmony, dignity and equality within the Catholic Church itself and society. Each chapter of the campaign includes a photo portrait by Simone Cerio, a well-known Italian photographer who offered his art to give a visual to the written story/campaign/cause, who actually appears in Chapter 17 of the Campaign. Check monthly for the updates as more members, families and friends of Cammini di Speranza gives witness and testimony.

Spain: The Lesbian, Gay, Bisexual and Transgender Christian Association from Catalunya (ACGIL: Asociación Cristiana de Lesbianas, Gays, Bisexuales y Transgéneros de Cataluña) participated in a workshop, during the Circuit Festival in Barcelona, called “Homosexuality and Religions: Perspectives and Dialogues” on august 2. The representative of ACGIL, Jordi Valls declared during the workshop: “What happens to us, as LGBTI community, is that we have been mistreated by the religions, so we have ran away from them with fear” but on the other side “if we slam the door to them we would be also rejecting spirituality as a plenitude bringer element”. ACGIL is a space of gathering and freedom for all the LGBTI Christians that want to share their life experiences, find a consensus between his faith and sexuality, and then reach their personal growth. Get more information of ACGIL on its Website.

Polland: World Youth Day arrived, end of July, and we considered this a perfect opportunity to give visibility to the lives of LGBTI people, especially Catholics, in Poland. At the midst of this event, the LGBTI Christian group Wiara i Tecza developed a Young Pilgrim`s Havenand one of the GNRC youngest member had the chance to share with us his WYD pilgrim experience. Get more information about how the Young Prilgrim´s Haven was propposed and implemented in the New Ways Ministry Article.

Vatican: In July, the Pope made a strong statement about the so called “Gender Ideology”. A concept we don´t share as it´s part of a major missunderstod ligated to ignorance and the lack of empathy with Gender Identity Diversity. We gave our response trough a PR about Gender Identity teachings on schools and got more contributions from Dignity USA and New Ways Ministry. Not stopping there, we think it`s a good time to talk about inclusion of Transgender and Intersex people in the Church.

Vatican: The Pope made a very important statement in June, “Christians should apologize to the gay persons whom it has offended”, so we wrotte a PR related to it. Additionaly Marianne Duddy-Burke, executive Director of DignityUSA, made an article about How an Unexpected Aspect of “The Francis Effect” May Further LGBTQ Equality considering all the positive signs could indicate that the Catholic Church may be on its way to becoming a more affirming, or at least accepting, place for LGBTQI people.

Spain: Ichthys Sevilla had a strong Activities Calendar Between May and June. A Vigil for a World without Homophobia was celebrated, on May 20, creating a respectfull environment for praying and testimony sharing. Then on June 4, they enjoyed the exposition and workshop “Who am I to judge? A Sacramental Perspective” directed by Father Pep Baquer sj. Finnaly on June 11 they gathered an ecumenical meeting with special guest Ain Karem,a very talented religious music group composed of Sisters Carmelitas. Ichthys Sevilla would like to recall that since October they will beging a periodical Tuesday Silent Praying, so if you´d like to join them please get in contact through their e-mail comunidadichthys@gmail.com

Malta: Drachma (LGBTI Pastoral Care Group, composed of LGBTQI Catholics and their families) launched a book, on May 17, called “Uliedna Rigal”, on the International Day Against Homophobia and Transphobia. Addressing the occasion, President of Malta Marie Louise Coleiro Preca spoke of the need to continue raising awareness of violence and discrimination against LGBTI persons around the world. “The ILGA Europe recognized Malta as number one, when it comes to LGBTI rights in Europe,” she said, adding that there is more to do among families, communities and societies. The book offers answers to fundamental questions that were asked within this group, she explained. It will give strength to LGBTIQ parents who look to understand the experiences of others. The book is the fruit of eight years of work by Drachma Parents Group, together with the experience of the wider Drachma community. Joseanne Peregin, Coordinator of Drachma Parents Group said “Over the years, we have tried to answer our own questions, and it wasn’t easy. When meeting with other families, we realized there are common questions”. Chris Vella – coordinator of the Drachma LGBTI, thanked the parents who wrote down their experiences, and all those who helped make this dream a reality. He recalled that in a number of countries, the criminality of homosexuality is still practiced.

Sweeden: The European Forum of LGBT Christians had its annual conference from 5-8 May in Gothenburg (Sweden). It started with a Catholic pre-conference on Tuesday (4 May) at 17h whose subject was a critical analysis of the “Anti-Gender-Movement” in Europe, its history, rhetoric and counter-measures. The Vatican, especially the Pontifical Council for the Family has a high stake in this movement which is directed against feminism as well as LGBT movement. For more information, about the Forums results and feedback please get in contact with our GNRC Steering Committee member Michael Brinkschroeder michael.brinkschroeder@web.de

France: The French Christian LGBT group David and Jonathan has published the dossier “The international scene. Being a religious believer and Lesbian, Gay, Bi or Trans around the world”. There is a long version (approx. 80p) in French and a shorter version (23p.) in English available. Michael Clifton has interviewed many participants from our assembly in Rome who are represented by quotes throughout the French version.

This entry was posted in News/blog and tagged Global Network of Rainbow Catholics Europe, GNRC Europe. Bookmark the permalink.