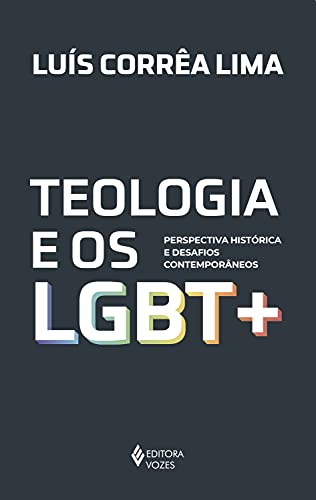 Know My Name: A Gay Liberation Theology – Author: Richard Cleaver. English : The place of gay men and women in the community of faith has become one of the most divisive debates in the church today. Writer and activist Richard Cleaver takes a fresh approach to this issue by examining the struggles of gay men and lesbians in the church through the lens of liberation theology. He offers a “gay” reading of scripture, but one that is also spiritually challenging to all readers.

Prepared to Give Blessing – Author: Working Group pf Catholic Gay Pastors, the Netherlands. English / Dutch : In this second letter, 11 year later after after Called to Blessing (1989), we give attention to a relatively new phenomenon: the liturgical celebration of homosexual and lesbian relationships, including the blessing of these within the community of the Church.

Sexual Diversity and Catholicism – Author: Patricia Beattie. English : The Book focuses specifically on Roman Catholic magisterial teachings on sexual diversity. It also wrestles with explicitly Roman Catholic views of the relationship among various sources of moral wisdom (between Church teachings, the Bible, philosophy, science and experience) and how their interplay might contribute to the further development of Church teaching.

The Church and the Homosexual – Author: John McNeill. English : This Book was the first extended non-judgmental work about gay Catholics, a subject that had long been taboo in official church discourse. John McNeill attempts to examine and challenge the traditional church teachings on sexuality and attitudes toward gay and lesbian Catholics. The work argued for a change in Church teaching and that homosexual relationships should be judged by the same standard of heterosexual ones.

The Vatican and Homosexuality – Author: Jeannise Gramick. English : Ever since 1968, when Paul VI surprised his Church by reaffirming Rome’s prohibition of contraception, American Catholic response to papal instructions on sexual ethics has been increasingly vociferous. In The Vatican and Homosexuality , 25 Catholics respond to the “Letter to the Bishops of the Catholic Church on the Pastoral Care of Homosexual Persons,” released by the Congregation for the Doctrine of the Faith in 1986 and reprinted here.

NEW! Theology and the LGBT+: Historical perspective and contemporary challenges (Original: Teologia e os LGBT+) – Author: Fr Luis Correa Lima sj. Portuguese : Far from being a merely abstract issue, the theme of theology and LGBT+ launches into a reality that concerns the concrete lives of many people who are not always welcomed by the Christian community. The purpose of this book is to encourage the pouring of oil and wine on human wounds and to contribute to the advancement of doctrine.