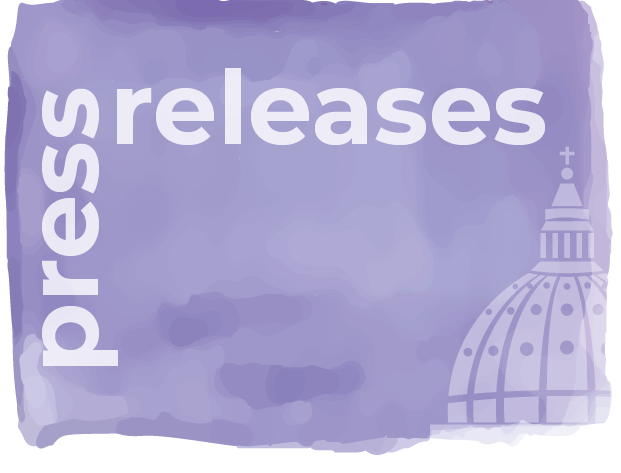 The Global Network of Rainbow Catholics notes the Final Report of the 2015 Synod of Bishops on The Vocation and Mission of the Family in the Church and in the Contemporary World. We recognise that the Bishops’ submission to Pope Francis is but one step in the Synod’s process and awaits a fuller response and reflection from him in the way which he will determine.

We are encouraged by the Pope’s Closing Address to the Synod, not least his comments that “it was also about laying bare those closed hearts, which frequently hide even behind the Church’s teachings or good intentions, in order to sit in the chair of Moses and judge, sometimes with superiority and superficiality, difficult cases and wounded families … It was about trying to open up broader horizons, rising above conspiracy theories and blinkered viewpoints, so as to defend and spread the freedom of the children of God, and to transmit the beauty of Christian Newness, at times encrusted in a language which is archaic or simply incomprehensible.”

It is clear that the Bishops have been unable to reach a more positive consensus about the inadequacy of previously used terminology to describe variant sexual orientation. However, we see clearly in the Synod’s Final Report (Paragraph 76) the beginning of a new era of inclusive pastoral care for and with LGBT people, and their families, which will hopefully be enacted by Dioceses across the world. Since it is explicitly mentioned that ‘specific attention should be paid to families that have a member with homosexual tendencies’, there is, therefore, no longer any reason not to include same-sex couples themselves, as well as children with same-sex parents in such a pastoral focus.

We regret the implication that the best interests of a child, in adoptive or fostering situations, necessarily requires parenting by opposite sex couples. Such a statement flies in the face of considerable social science research and denigrates the generosity of lesbian and gay couples, as well as single parents, in caring for unwanted children. (Paragraph 65) It is also unfortunate that the Final Report gives serious credibility to the term, ‘gender ideology’, created, even without any scientific evidence, by those who seek to find an excuse not to listen and respond pastorally to the realities of LGBT lives, and those of parents and families (Paragraph 8).

We strongly reject the baseless accusation that financial aid to poor countries is conditional on the introduction of laws that institute marriage between same-sex people, (Paragraph 76) and are dismayed by the failure to reject the criminalisation, torture, and death penalty inflicted on LGBT people in too many countries.

Even though the 2015 Synod did not manage to bring itself to develop a stronger statement of LGBT acceptance, we value the expressions of apology, during the Synod. There was a language of apology for past harmful and inaccurate language addressed to LGBT people and their parents together with a desire to pursue a more intensive study and reflection on the realities of same-sex relationships and family life. The door for a more sensitive attentiveness to LGBT issues in the Church has been opened through the Synodal processes of 2014-2015 and, despite opposition, cannot now be closed.