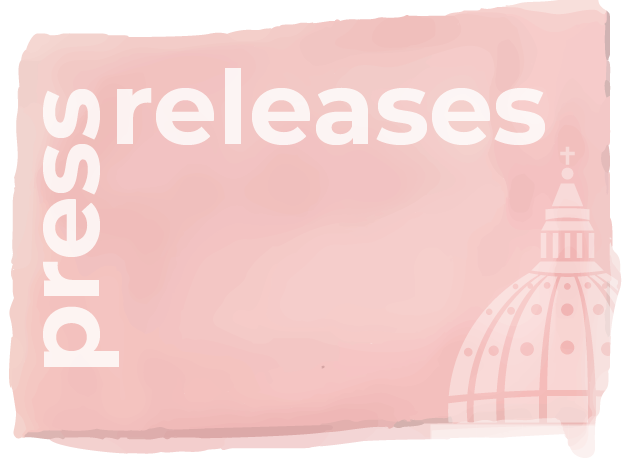 Today Rainbow Catholic Network of Africa welcomes the visit of the Holy Father to Africa, Pope Francis “the people’s pope”, who has strongly stood against discrimination. You have preached love across the world and it is the same massage  which we wait for  from you in Africa.

Today we ask you to join us and speak out in solidarity with lesbians, gays, transgender and intersex (LGBTI) persons who are living in fear and are victims of their community’s rejection or religious leader’s comments of hate and discrimination and lack of pity.

LGBTI African Catholics have run away from church and from receiving sacraments because of the hate and ignorant speech being preached by priests. Instead we still remember your words “Who am I to judge?” as the example of heart openness we hope to receive from our local religious community leaders. Jesus Christ preached about love and its message came also for all of us who are tired or discriminated by their communities, but in the present our African holy church has turned into a place where only a few can be considered as true children of God.

We urge you to bridge the gap between LGBTI persons and religious leaders so that we are all welcome in the house of God. We must not discriminate against people. Everyone must have a clear access to spiritual nourishment provided by the church. We want to end one of the worst diseases in Africa: the epidemic of homophobia. We know that together we can do it and we don’t have to leave anyone behind.  We must do this as we consider the House of God is the house of all for we all have fallen short of the glory of God. No one should be discriminated neither pushed away because of their sexual orientation or gender identity. We all, in togetherness and oneness in the universality of the church, can fight to end homophobia and welcomes inclusion.

According to David Musonda, the coordinator of Rainbow Catholics Network of Africa in Zambia, many LGBTI Catholics are committing suicide or live in fear and solitude because they can’t get sacraments and they have no one to turn to for spiritual guidance or are literally discriminated against by the same church that spoke to them from childhood about mercy and love.

Ms. Georgina Adhiambo, one of the founders of Rainbow Catholic Network of Africa, reiterates that homophobia in Africa can be averted if religious leaders can tell believers to love one another and not to discriminate against one another the same way Jesus Christ declared “love your neighbor as yourself.” (Matthew 22:39)

We also want to have it in mind the powerful speech you gave recently during a National Catholic Conference in Italy, where you categorically said:

“We are not living an era of change but a change of era.”

“Christian doctrine is not a closed system incapable of generating questions, doubts, interrogatives — but is alive, knows being unsettled, enlivened. It has a face that is not rigid, it has a body that moves and grows, it has a soft flesh: it is called Jesus Christ…”

“Assume always the Spirit of the great explorers, that on the sea were passionate for navigation in open waters and were not frightened by borders and of storms. May it be a free church and open to the challenges of the present, never in defense for fear of losing something.”

We want to be accepted and considered by our clergy and communities to make the word of Christ a living covenant of always preaching love, acceptance and openness to Embrace diversity.

The African Catholic witnesses come from Kenya, Uganda, Botswana and Zambia and are considered as representatives and honest members of the Global Network of Rainbow Catholics.