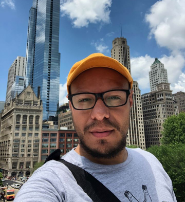 Antonio Ortiz Siliceo is the Board representative from the Latin American and Caribbean region. He was born in 1978 in Mexico City into a traditional Catholic family. He graduated from the Autonomous Metropolitan University (UAM) with a BA in Graphic Communication Design.  He is co-founder of the Mexico Network of Rainbow Catholics (Red Católica Arcoíris México, or REDCAM), and has been co-chair since 2018.  He was also coordinator of the Efetá Community in Mexico City (2015-2018), and continues to serve as an advisor to that community.  He was a representative of Efetá and REDCAM in the second and third GNRC Assemblies, respectively.

He was a panelist during the Forum on Religions in Favor of Equal Marriage developed at the Museum of Memory and Tolerance in Mexico City (2016), a promoter of the Mass for Inclusion in the Parish of the Sagrada Familia in Mexico City (2015), and a speaker at the Autonomous Technological Institute of Mexico (ITAM) in a Homosexuality and Religion Conference (2015).  In addition, he was part of the coordinating and working team of the Youth Ministry Commission of the Jesuits (2005-2007), earned the Diploma in Spirituality and Youth with the Ignatian Commission on Youth Ministry (2004-2005), and was Coordinator of Youth Ministry of the First Deanery of the First Vicarage of the Archdiocese of Mexico (2002-2004).

He writes: “Being able to share life experiences within the LGBTI+ community and discover in them the presence of God is what motivates me to serve on the board of GNRC and to participate in LGBTI+ Catholic organizations in my home country of Mexico.  I have been blessed to be able to witness how members of the LGBTI + community have recovered their spirituality after having felt rejected, discriminated against or not deserving of God’s love.

“I think that in Latin America the LGBTI+ Catholic movements are not very visible, because we are in general a traditional and conservative culture.  However, being visible as rainbow Catholics can help give security to those people who still live ‘in the closet,’ by showing them that they can live their faith without being in conflict with their sexual identity and in harmony with their friends and family.

“In addition, my participation in GNRC in recent years has motivated me to help create a similar movement at the national level in Mexico.  Today, my commitment is to witness the love of God from my own reality and sexual identity, and to help create tools that will further the spiritual growth of the worldwide LGBTI+ Catholic rainbow community.” 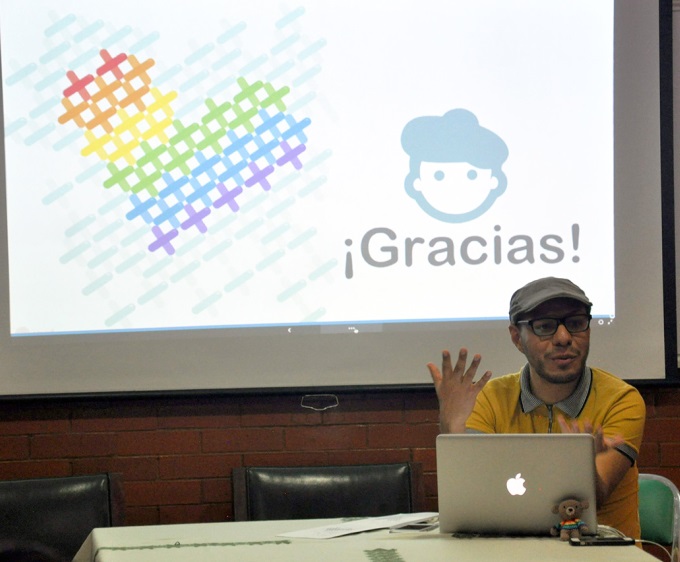 LGBT+ Catholics from Latin America gather to remind that “when Pentecost day came round, they had all met together”

Author: Jeffrey Stone with the edition and approval of Antonio Ortiz